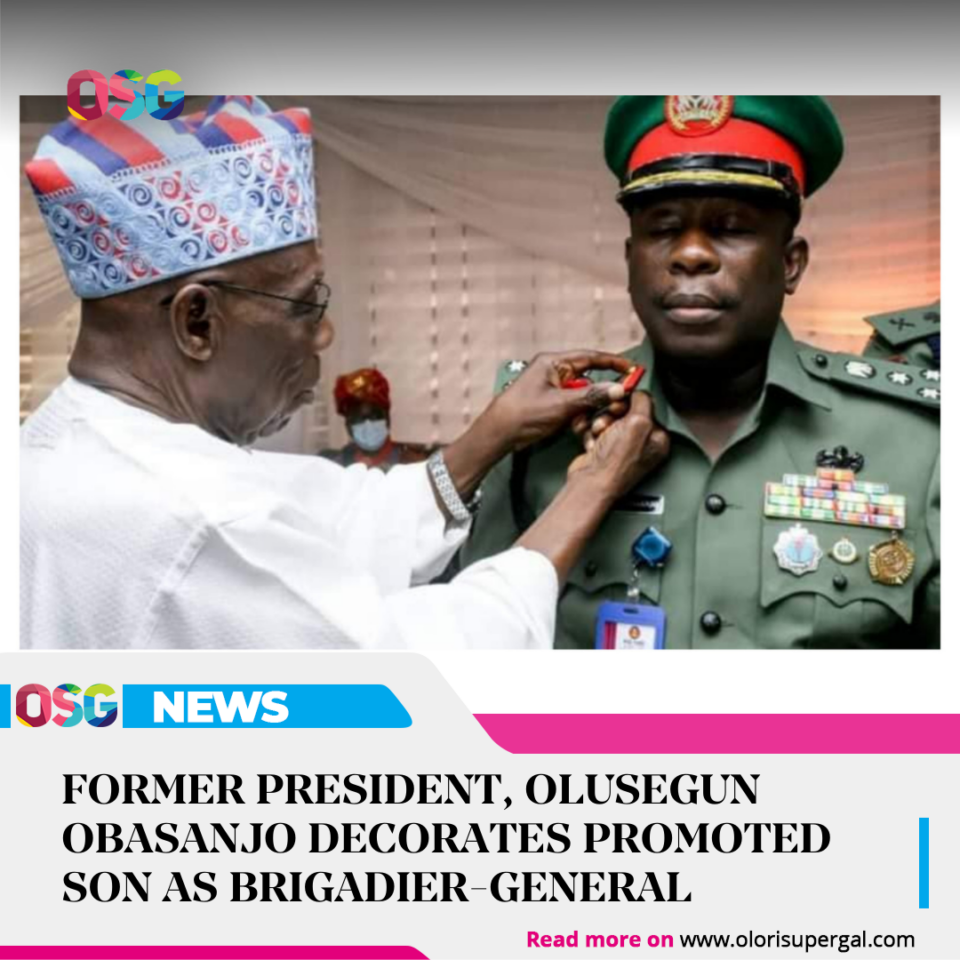 The military authorities let Obasanjo a former Commander-in-Chief of the Armed and retired Army General, decorate his son with his newly acquired promotion of Brigadier-General for the Nigerian Army Engineers Corps, Bonny Camp, Lagos State.

Brigadier General OA Obasanjo, of the Engineers Corps holds two Master Degrees and professional qualifications passed through their military mills both for Nigeria and in various foreign countries.

The decoration ceremony held at the Headquarters of the Nigerian Army Engineers Corps, Bonny Camp, Lagos, followed Adeboye’s recent promotion from the rank of Colonel to Brigadier General.

Obasanjo was accompanied by Towulade of Akinale Kingdom of Egbaland, Oba Olufemi Ogunleye, to the occasion.

The Nigerian Army promoted 36 officers to the ranks of Major-Generals from Brigadier-Generals, while 76 Colonels were promoted to Brigadier Generals. One of those who were promoted to this rank is a former Aide-De-Camp (ADC) to Goodluck Jonathan, Ojogbane Adegbe. 21 promoted officers.

Actor, Ibrahim Suleiman Reveals How He Friend Zoned Himself With His Wife