Former Big Brother reality star Vee Iyelana known simply as Vee has confessed how she almost gave up on her music career until a new surprise popped up.

This confession from Vee comes after her latest single titled “Show” released today hit the song chart emerging as number one. Recall that the reality star announced on Wednesday that the track will be released on Friday which made most of her fans excited.

Vee’s song Show which was released around midnight has peaked on the top-charting songs streamed in Nigeria dragging behind her songs of artists like Omar Lay, Kiz Daniels, and Davido to the third and fourth position. 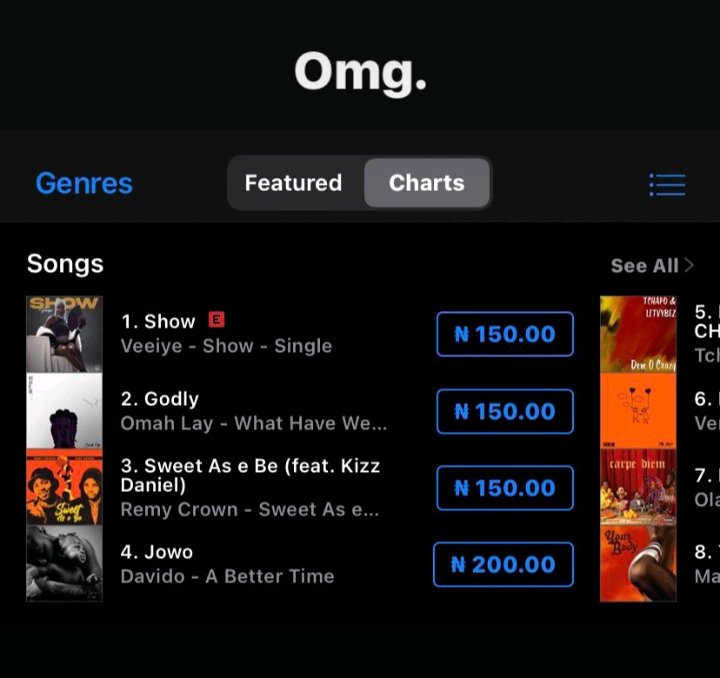 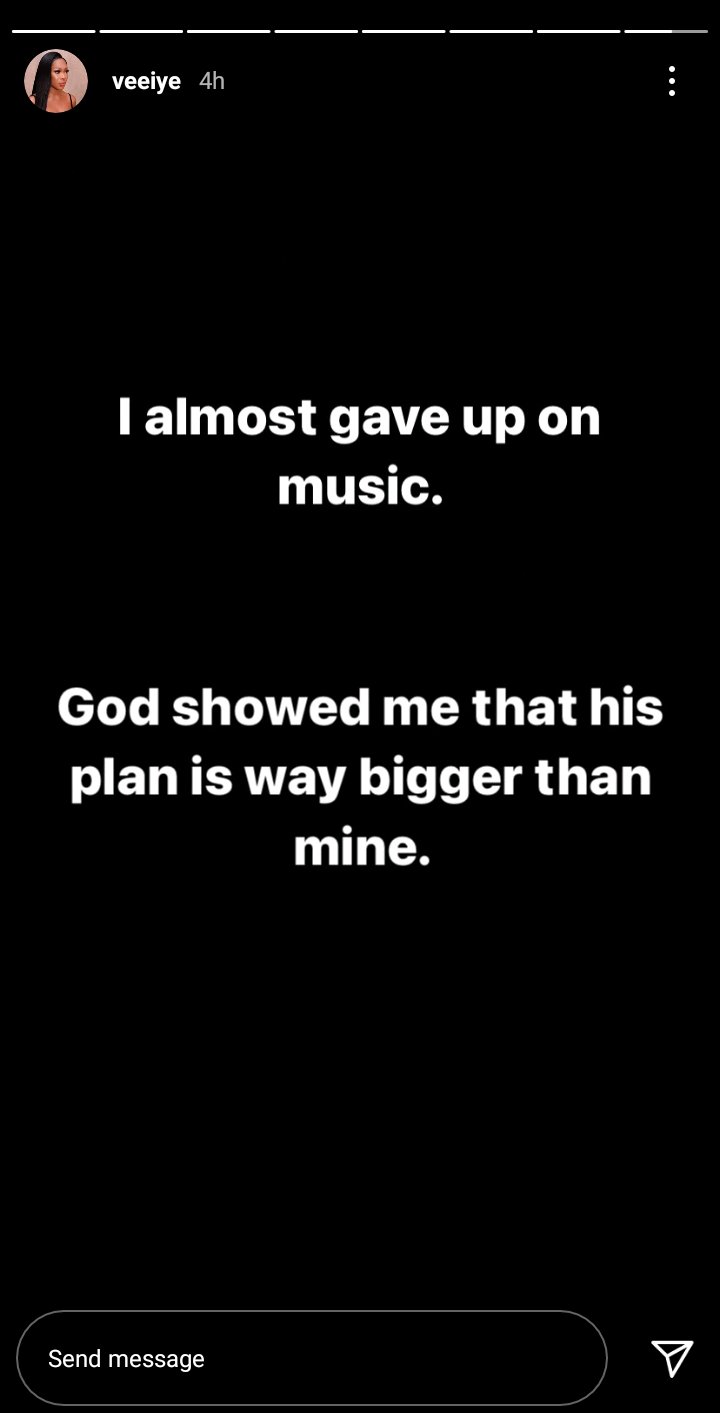 Omah Lay Finally Speaks On His Experience In Uganda