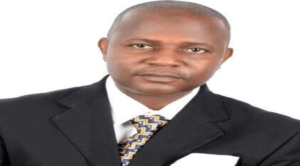 The former lawmaker, Fatai Adams was elected the new Ondo State PDP Chairman at the Party’s State Congress which held at Solton Hotel in Akure on Tuesday, 4th August, 2020.

With a poll of 1,343 votes, Fatai Adams, who was the former deputy-chairman of the party, was declared the winner after running against Dennis Alonge who only had 369 votes.

Fatai Adams has therefore pledged to promote inclusiveness during his tenure and to ensure that the party regains the gubernatorial seat during the forthcoming gubernatorial elections in Ondo State.

The newly elected State PDP Chairman, Fatai Adams immediately took his oath of office after he was declared winner at the State’s Congress.

Pa Ayo Fasanmi, Leader of Afenifere Socio-Cultural Group Has Been Laid to Rest