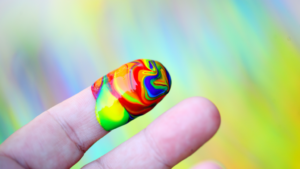 The Edo State Police Command has announced the arrest of a suspect based on the fact that his fingerprints are the same with the fingerprints seen on the fire extinguisher. This is a great development, however, one may wonder if the fingerprints is a sufficient proof in establishing a case against the suspect.

Without pre-empting the final investigation of the police and the decision of the court in this matter, it is right to say that obtaining a fingerprint of a person from a crime scene is an evidence of identity which shows the presence of that person at that crime scene. Furthermore, if the fingerprint was obtained from the tool of murder as seen in Uwa’s case, it does not only show the presence of the person at the crime scene, it also shows that the person must have handled the tool of murder.

Fingerprints are unique to a person, and this is why it is used in the registration of sim cards and also in banks when it comes to transactions that involves getting a Bank Verification Number (BVN). Thus, because fingerprints are unique to a person, it is sufficient to establish an offence against a person except in exceptional circumstances. These exceptional circumstances include a faulty forensic test kit and also situations where a person’s fingerprint is stolen with the use of the person’s handkerchiefs, gloves or via technology.