“Oyo State, You Lost Me”- Kemi Olunloyo Relocates Out Of Ibadan

Controversial journalist, Kemi Olunloyo has revealed her plans for the next one year upon her relocation from Ibadan, the Nigerian city in which she resides.

While mentioning all those to whom her streams of forgiveness flow out to, she also added that she would be touring 54 countries on the African continent.

She said; “Thank you to everyone in my hometown #Ibadan?? I used to wanna be Governor over there, I put that city on the map nationally and internationally. They never celebrated me, never invited me to anything, even Jesus was not celebrated in his own city. I’m a bright kind intelligent woman who my dad calls a cat with nine lives. Those who praise you are the same people happy at your downfall. 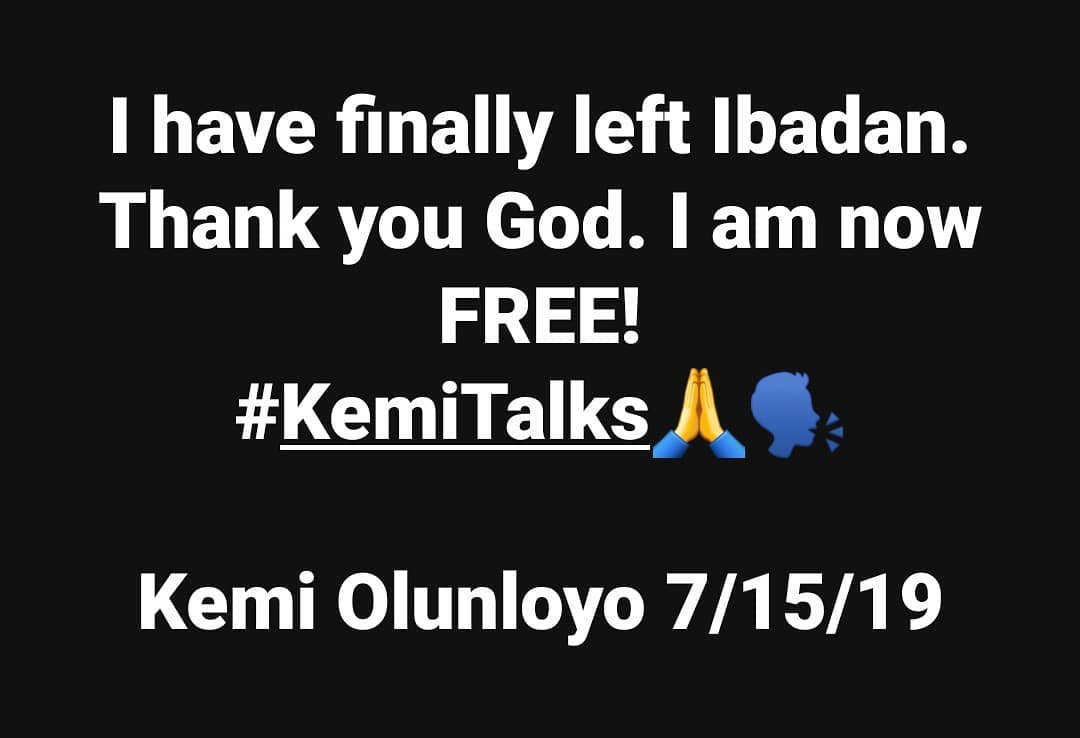 PRAISE YOURSELVES and don’t wait for anyone to praise you. Anyone that has done me wrong is now officially forgiven. Go in peace, Iyabo, Davido, Linda, Ibadan people etc etc. They even called me a MAD woman. I now wanna show you what MAD means. It’s “Making A Difference”. Wondering where I moved to? A continent called Africa. I’m on the move for the next year living in the capital of 54 cities empowering African youth.

I will be the next BILLIONAIRE soon. My 55th birthday August 6th 2019, is in 22 days. I will celebrate it in Nigeria. Next year in Jamaica on the invitation of my good friend @romarley. I also need to bring our Marlian uncle to Nigeria. August 6th is Jamaica’s Independence Day??. In Bob’s word “The truth is, everyone is going to hurt you. You just got to find the ones worth suffering for”

S/O to @nairamarley a young musician who I’ve been fighting for on his civil rights in a cybercrime case.

GOD BLESS #OyoState. You lost me, All is not lost, Nigeria and Africa GAINED me”.

#BBNaija: Jackye’s Boyfriend Calls Out Ebuka For Putting Jackye on The Spot

#BBNaija: Jackye's Boyfriend Calls Out Ebuka For Putting Jackye on The Spot