Following the murder of upcoming musician, Alizee, Petra Entertainment, the management of Singer Alizee, real name Ali Zainab Nielsen, who was allegedly murdered by her husband, Peter Nielsen along with their 4 Year-old daughter, has released an official statement asking the Nigerian Immigration Services to be at alert. 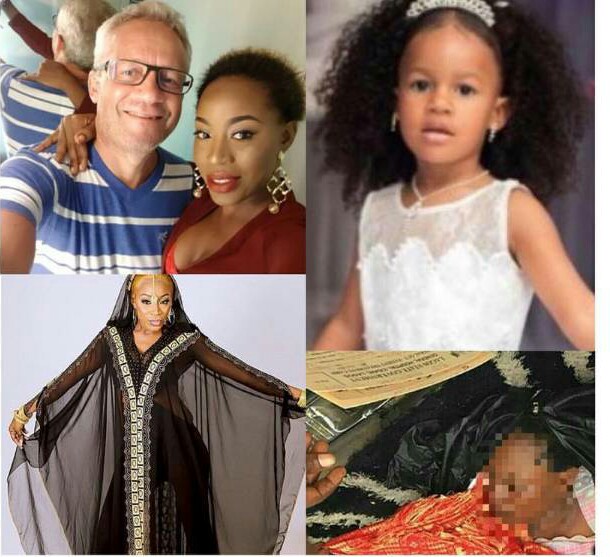 Petra Entertainment Limited has received with shock news of the sudden demise of our artist Nielsen Zainab Joy (Aged 29) and her daughter Nielsen Petra (Aged 4) at their Banana Island, Lagos home on the 5th of April 2018.
The late Nielsen Zainab Joy (also known as Alizee) was a Nigerian citizen married to Nielsen Peter Schau a Danish citizen resident in Nigeria.
While we exercise restraint in making public comments on the circumstances surrounding the demise of Alizee and her daughter, – in order not to prejudices on-going police investigations – it has become important to correct some misinformation presently circulating in the media space.
In this regard, we state that the husband of the late Nielsen Zainab Joy who is also the father of the late Nielsen Petra is Nielsen Peter Schau. Nielsen Peter Schau is a Danish citizen and not an Italian or Asian as has been reported by several media outlets.
We call all law enforcement agencies to speedily unravel the circumstances surrounding the demise of these vibrant Nigerians and bring all complicit persons and/or entities to justice.
In the light of reports suggesting that Alizee’s husband may be under Police investigation in connection with these painful deaths, We particularly call on the Nigerian immigration Services to remain vigilant at this time and urge the cooperation of all foreign missions in the country.
Our thoughts and prayers go out to the relatives of the late Zainab and Petra.
Signed