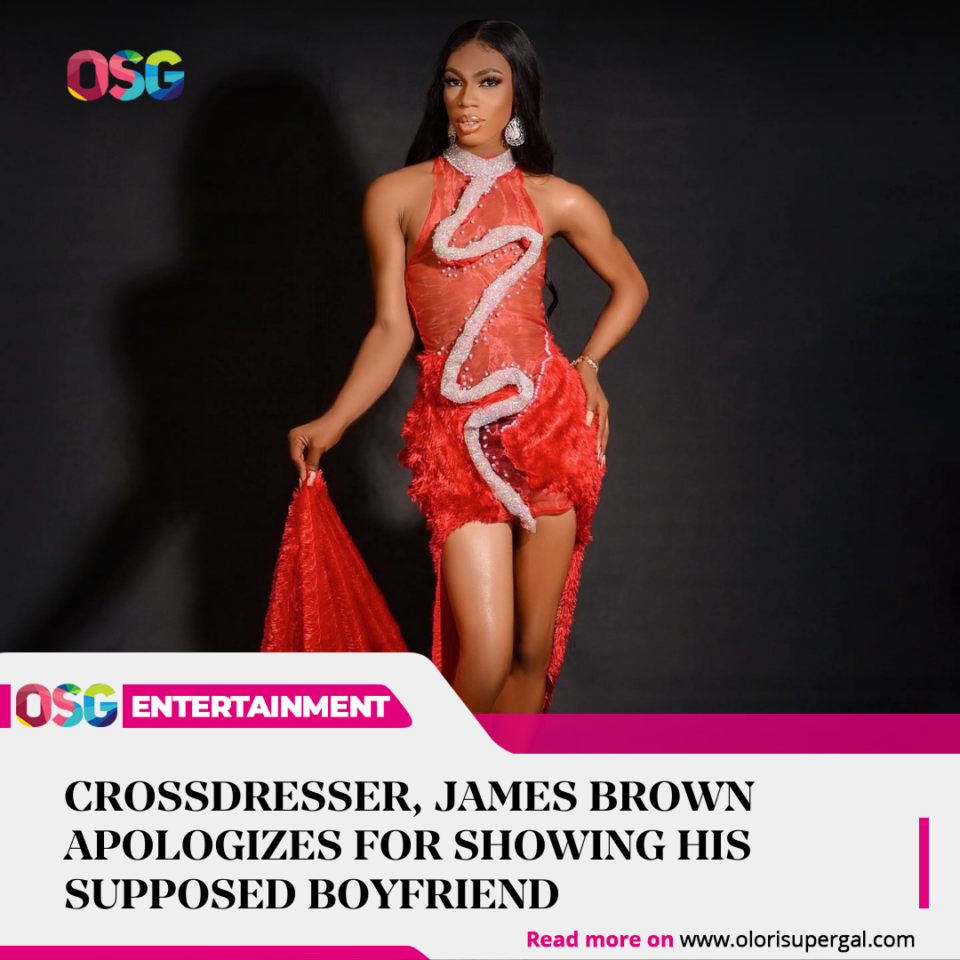 One of Nigerian famous crossdressers, James Brown has tendered a note of apology after he posted a video of himself and his supposed boyfriend romantically.

Recall that Brown has been posting videos of himself gushing about a male admirer who had been sending him flowers and gifts.

He also showed himself being treated to a romantic date by the admirer with who he was later pictured.

However, his videos caused outrage, and people called for him to be apprehended since homosexuality is still outlawed in Nigeria.

In his apology noted, he said the “whole thing is a publicity stunt just for entertainment purposes”

“You now have the boldness to flaunt ...