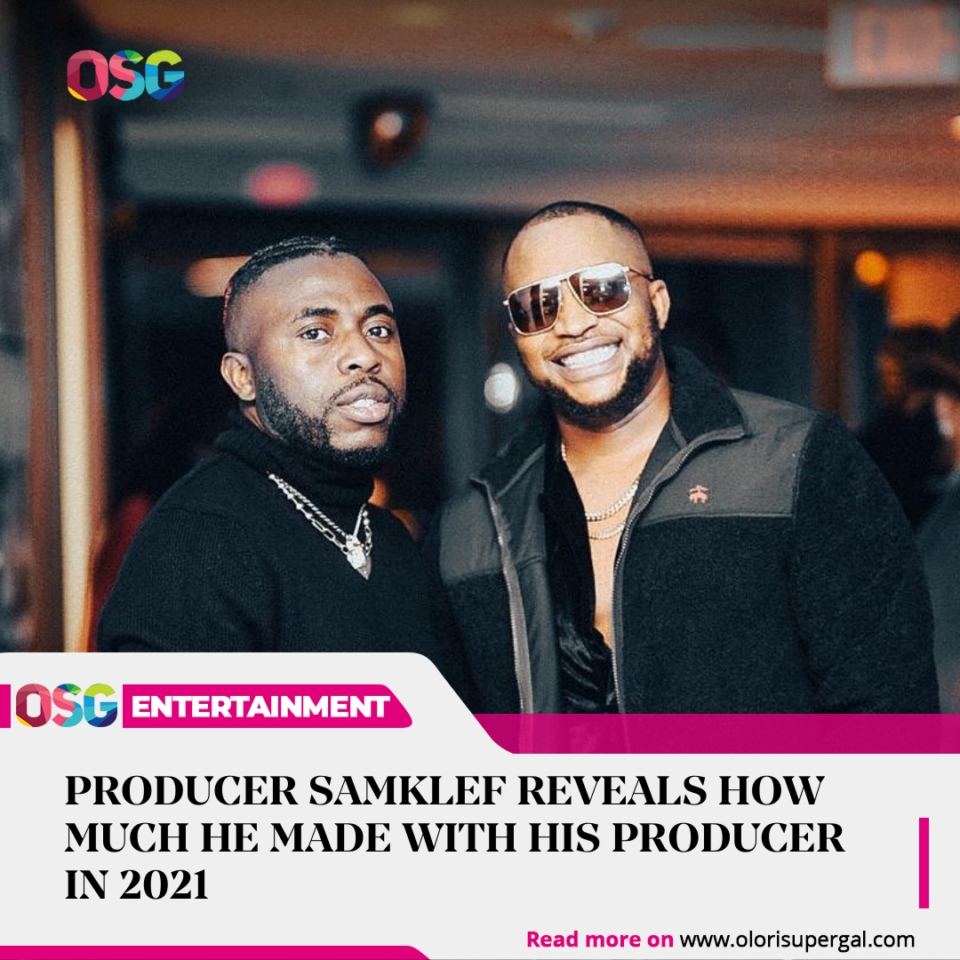 Music producer, Samuel Oguachuba, better known as Samklef, took to social media to announce the amount he made with his manager, Emaxta in 2021.

According to him, they made a sum of $32m (over N13bn). He made this announcement on Friday, 31st December 2021 as he shared a picture of himself and his manager.

Samklef wrote, “Me and my blood @emaxta. We made $32million this year. We no just wan loud am”.

Adding a message to his fans for the new year, the producer wrote, “Let lobe lead this 2022″.

This comes shortly after Nigerian singer, David Adeleke, better known as Davido, reportedly revealed that he made $22.3m (over N9bn) in 2021.

In a now-deleted post on his Instagram story, Davido had said, “Made 22.3 million dollars this year. Talk to sh*t.”