Reality TV Star, Uriel Shares Reasons She Gave Up On Her Music Status

Reality TV Star, Uriel Shares Reasons She Gave Up On Her Music Status 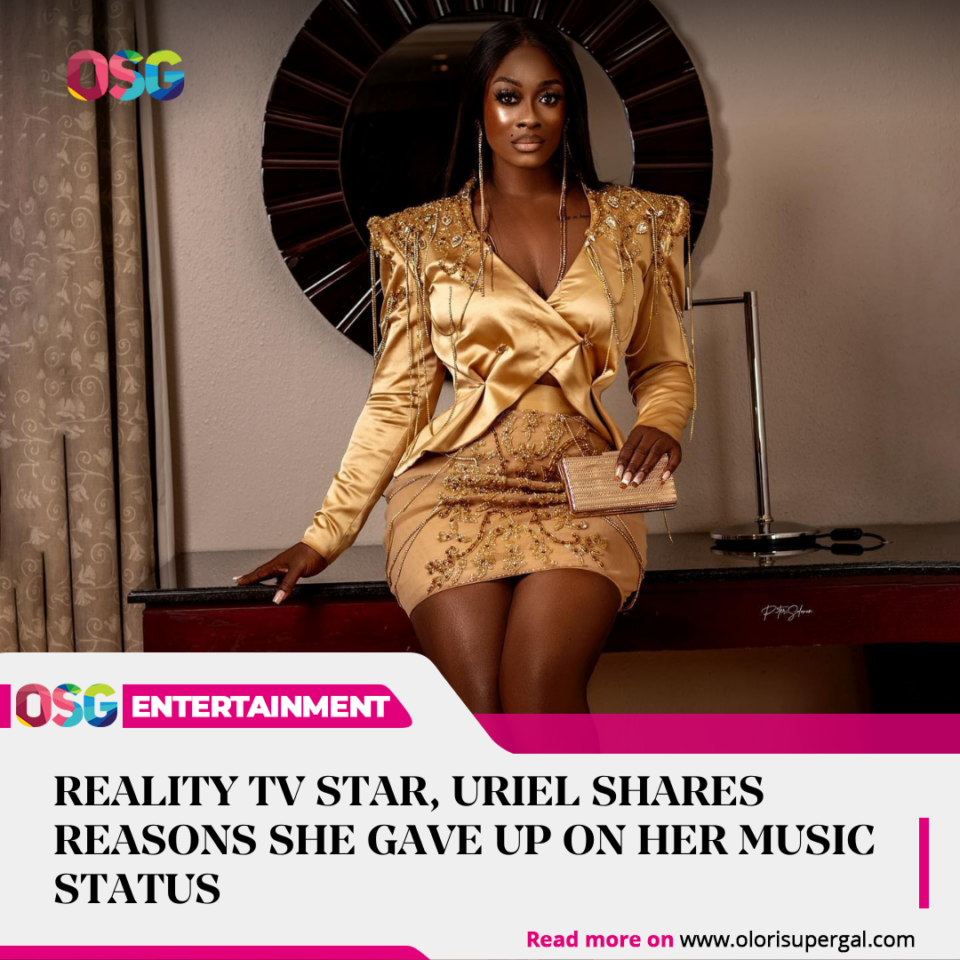 Uriel Ngozi Oputa, a former Big Brother Naija housemate, has revealed she once desired to be like Afro-pop singer, Tiwa Savage.

She made this disclosure via an Instagram post in an attempt to provide clarification on why she is also known as ‘Uriel music star’.

In her post, Uriel recounted an embarrassing incident that occurred many years ago upon her return to Nigeria.

She said the ‘unforgettable’ incident occurred when she was invited to perform at an event while trying to live her dream of becoming the next Tiwa Savage.

“Those asking why my name is Uriel music star is because I wanted to be the next Tiwa savage back then. When I first moved to Nigeria, I remember the day I gave up music sha.

“One guy clapped for me sha. He later asked for my number, uncle commot before I use my shaking leg kick you.”