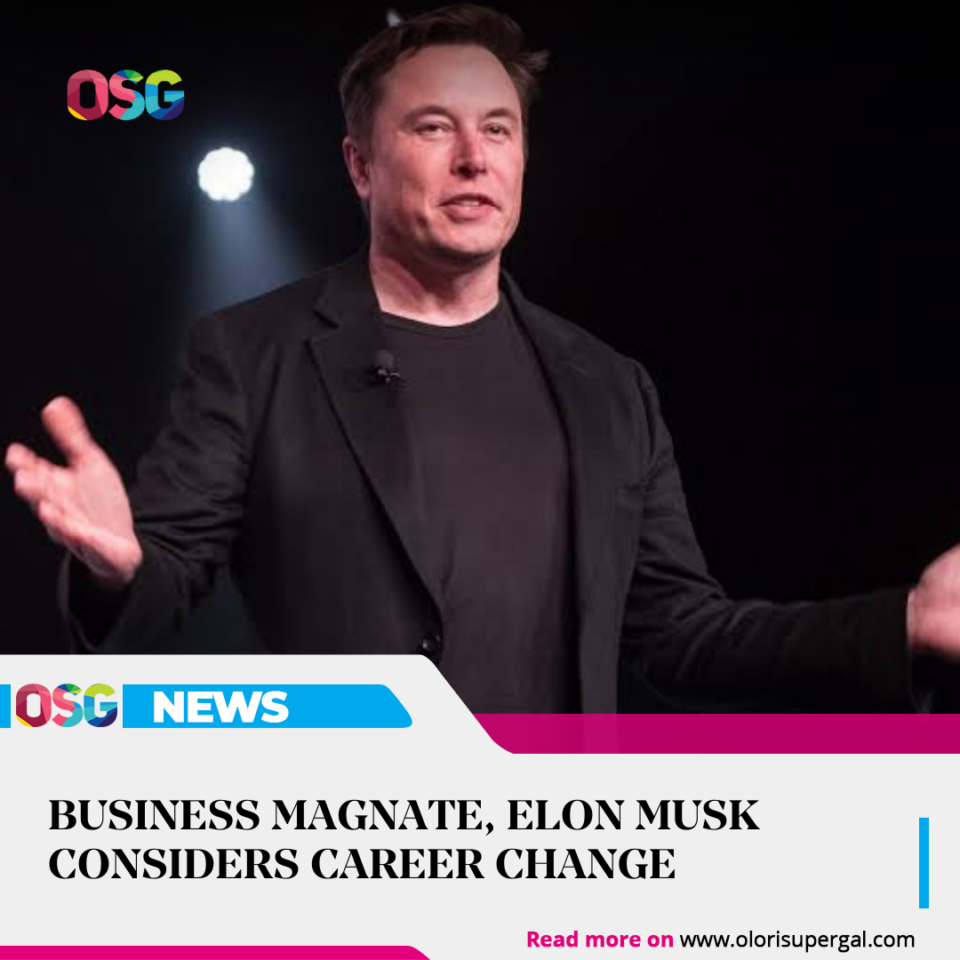 Chief Executive Officer of Tesla, Elon Reeve Musk, has disclosed that he was contemplating quitting his jobs so that he could become a full-time influencer.

The billionaire took to his Twitter account to ask the opinions of his over 65 million followers concerning his thoughts about changing jobs.

“Thinking of quitting my jobs and becoming an influencer full-time. Wdyt (what do you think?).”

His tweet evoked mixed reactions from his followers as some agreed with his plans while others questioned his motive, adding that he was already an influencer.

This is coming weeks after the billionaire sold a lot of shares worth $5B due to a Twitter poll he held to ask his followers.

According to Forbes, Elon Musk, the world’s richest person is estimated to have a net worth of $263 billion.