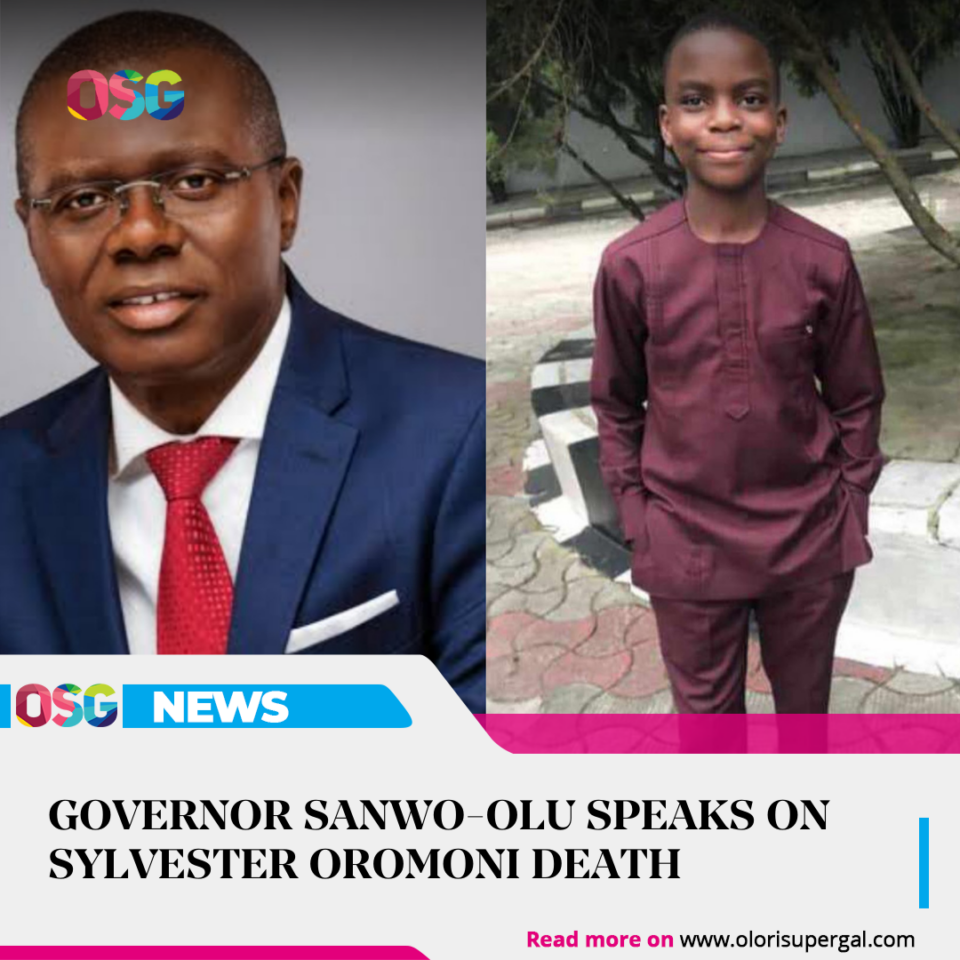 Lagos State Governor, Babajide Sanwo-Olu, has described the death of Sylvester Oromoni of Dowen College, Lekki as disturbing and heartbreaking.

The governor also said he has ordered a comprehensive investigation into the matter.

“I commiserate deeply with the family of late Sylvester (Jnr) Oromoni, the 12-year old pupil of Dowen College, Lagos.

“As a parent, I share the grief Sylvester’s demise has brought upon his parents and the entire household. The incident is not only sad but disturbing and heartbreaking.

“Consequently, I have ordered a comprehensive investigation into the matter. But while that is going on, I would like to give Sylvester’s parents and entire citizenry of Lagos, the assurance of my full support at this trying time.

“I share their pains and sense of loss. Indeed, words are inadequate to describe my feelings, but I pray that God Almighty will soothe their pains, and grant Sylvester Jnr eternal rest.”

The father of the deceased boarding student, Sylvester Oromoni Snr, had alleged that the Junior Secondary School 2 pupil died from the injuries sustained during an assault by five of his colleagues who wanted to initiate him into cultism but the school claimed he died after sustaining an injury during a football match.

The Lagos State Commissioner of Police, Hakeem Odumosu, on Tuesday, said three students are currently in police custody for alleged assault while two are at large.

Meanwhile, the Parents’ Forum of the college has demanded a change of the school management as well as the hostel teachers.

They also announced that a candlelight session would hold on Wednesday, December 8, 2021, in honour of Oromoni.

The parents, while expressing deep sadness over the unfortunate incident that led to the death of Oromoni, prayed for strength for the grieving family of the 12-year-old.