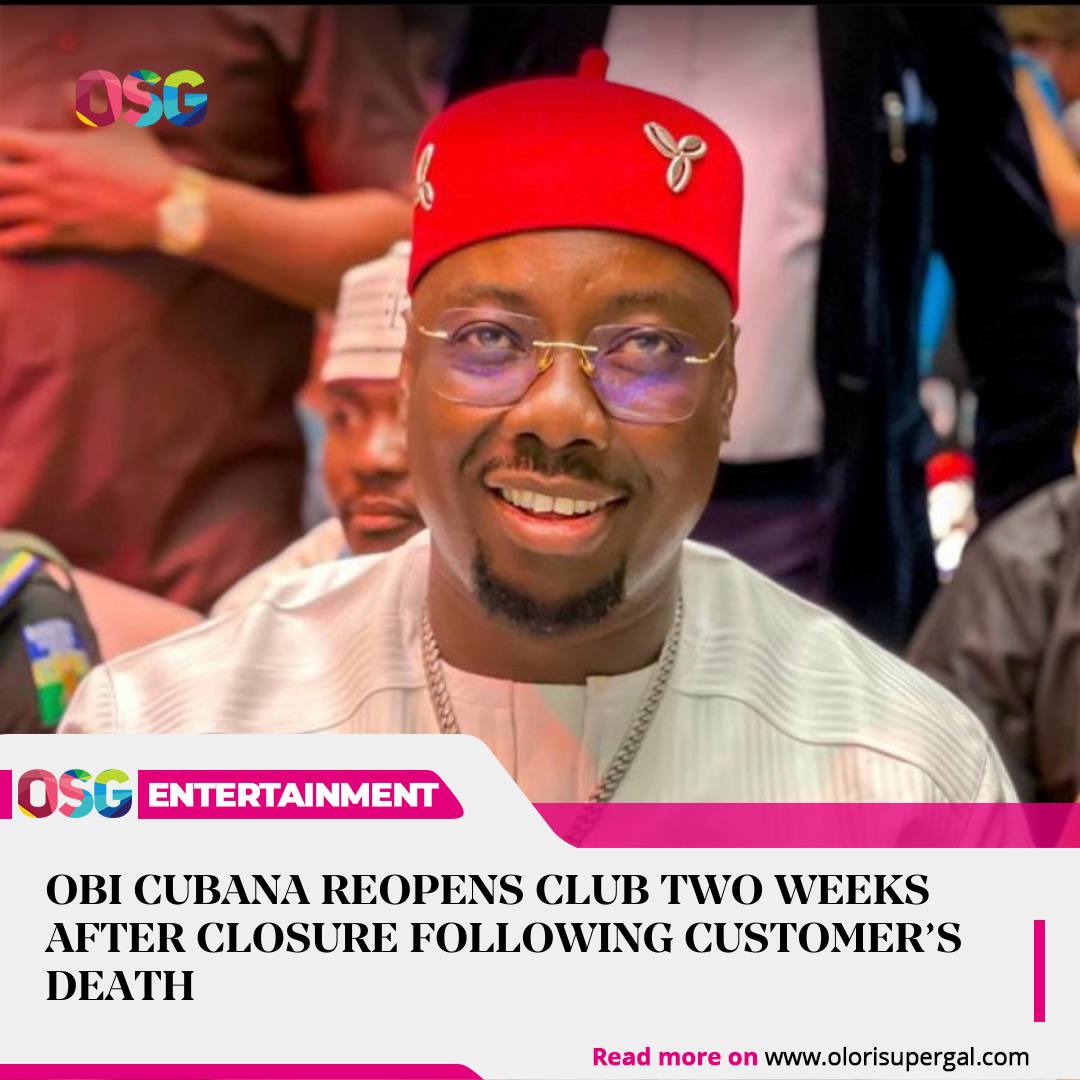 The club, via its Instagram page on Saturday, announced its reopening, as an event is set to take place at the venue on Saturday night.

The announcement e-flier read, “We are back. We are open to serve you better.”

As caption, the club wrote,

“We are back with only one purpose; to serve you better. Drop by and share in the experience.”

Recall that on the 14th of November 2021, the club, which is co-owned by Obi Cubana, was shut down following the death of a client.

Two days ago, the club revealed that the customer, who was simply identified as Susan, tripped and fell and a CCTV footage making rounds on the internet confirmed this.

The club in a statement signed by its management and posted on its Instagram account noted that contrary to news that made rounds, the young lady’s death was not caused by electrocution in the club, instead, she ‘tripped and fell’. Ever since the tragic incident, the club has been shut.

Moreso, the management of Hustle and Bustle noted that they had kept mum on the situation for two reasons which were that they were mourning with the family of the deceased and also awaiting the outcome of the police investigation.