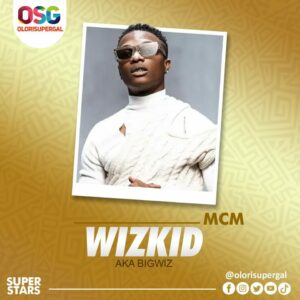 Ayodeji Ibrahim Balogun better known as Wizkid is a Nigerian singer and songwriter. He began recording music at the age of 11 and released a collaborative album with the Glorious Five, a group he and a couple of his church friends formed.

He has won several awards since he rose into the limelight with his first single “Holla At Your Boy”. His fourth album continues to receive recognition, reaching number-one on the Billboard World Album Chart.

The album includes the single “Essence” featuring Tems, became the first Nigerian song to chart on the Billboard Hot 100, and reached the top ten following a remix released by Canadian singer, Justin Bieber.

Wizkid won a Grammy Awards in 2020 for the best music video category after he was featured on Beyonce’s project The Lion King: The Gift on the single “Brown Skin Girl”.

He bagged another award on 14th November at the MTV Base EMA Awards for the Best African Act.