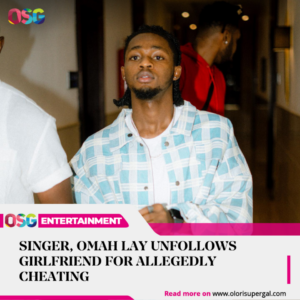 Nigerian singer, Stanley Omah Didia better known as Omah Lay, has unfollowed his girlfriend, Gloria Eberechi on Instagram.?
?
According to reports, the music star unfollowed his girlfriend who is an actress and model, after videos of her allegedly cheating on him surfaced.
?
This comes barely 24 hours after he showed her off on social media for the first time.? Both parties have remained silent over the latest development.?
?