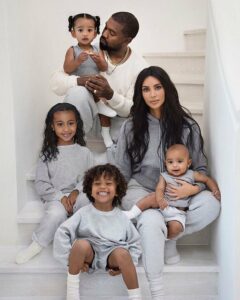 About a week ago, the parents, with their kids, spent time together as a family in San Francisco.

The is the second time the former couple will be linking up in two weeks.

The news of Kim and Kanye’s official divorce, broke out in February 2021.

The embattled couple, were married in 2014 and have four children together. Daughter North, 7, son Saint, 5, daughter Chicago, 3, and son Psalm, 2.

Lady Narrated How She Was Visited By ...