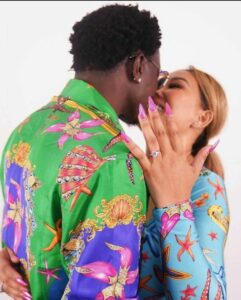 Michael Blackson, who is also of Ghanaian descent and his girlfriend reportedly called things quit while vacationing in Ghana a few months ago.

However, the couple seems to have worked things out and now, they are soon going to be addressed as Mr and Mrs.