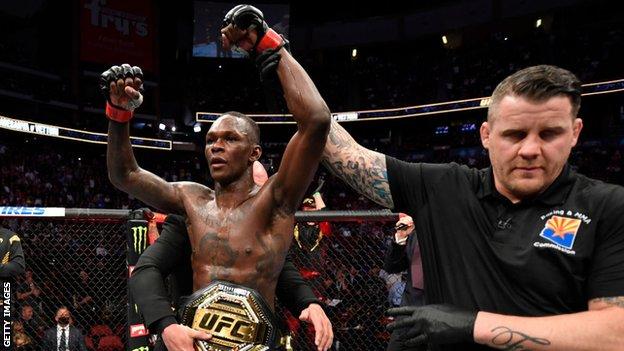 All three judges scored the bout 50-45 for Adesanya at the Gila River Arena in Glendale, Arizona.

Adesanya largely dominated the fight from start to finish, using his leg kicks as a major debilitating weapon against Vettori.

Although the Italian did secure multiple takedowns in the fight, they were few and far between and were often reversed by the Kiwi.

Vettori’s best moment came in the third round when he got Adesanya on his back and worked for a rear-naked choke. However, the struggle was brief and Adesanya wiggled his way out to land on top.