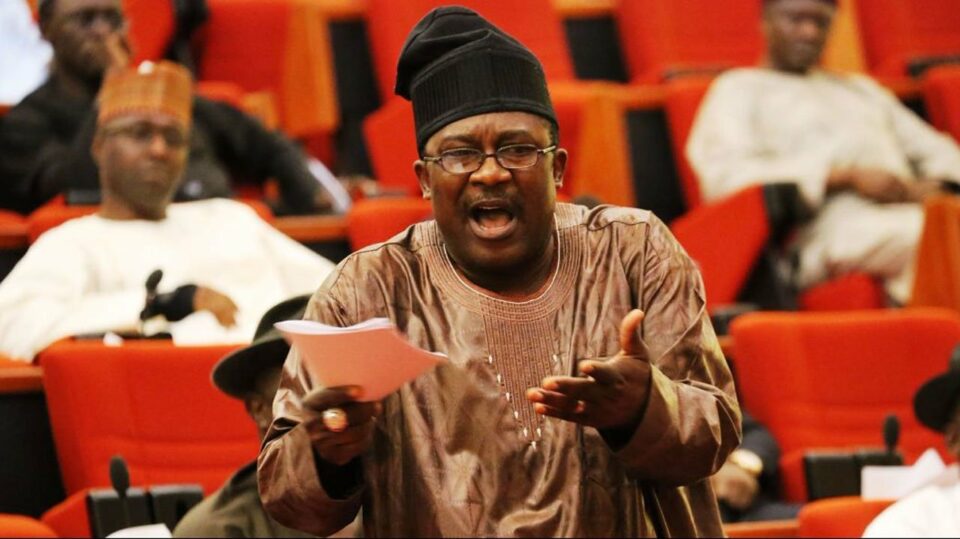 Senator Smart Adeyemi of the All Progressive Congress (APC) yesterday shed some tears over his submission on the insecurity in Nigeria at the moment.

The senator in his presentation stated its about time they tell the truth to the president H. E Mahamudu Buhari that he has totally failed the country and the people of Nigeria in every aspect of his governance.

He said the level of fear in Nigerians right now is so high that one is scared of traveling for about 50 kilometers by road because of the constant kidnapping, crimes, killings etc happening in the country at the moment.

He stated the people are already suffering from the high standard of living, fuel prices going high, bad roads, lack of social amenities and on top of that security threats in the country.

He urged his fellow senators to stand up and fight for the citizens and tell the president the truth that the nation is really under a serious state of security threat.

Senator Adeyemi stated that president Buhari should consider seeking for help from foreign countries to fight these crimes by bandits as its proven the situation is way bigger than the Nigerian security forces.

It has gotten to a situation that we cannot sleep with our two eyes closed. Our security system has collapsed and because it has failed we need to look for foreign support. The President must know that this is a bad time for our nation. Let us shut down this National Assembly if we cannot save this country.

He said it takes nothing from the nation to seek a foreign help when its citizens are been killed and attacked each day.