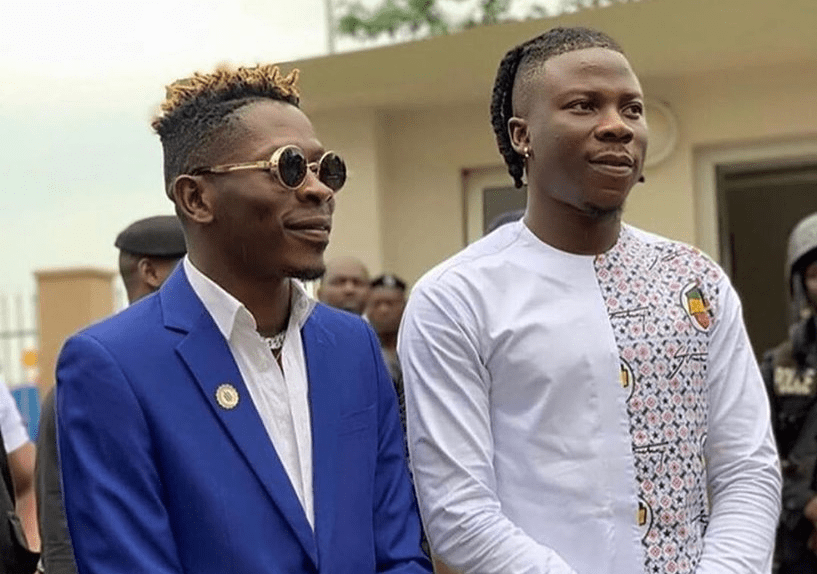 The board of the Vodafone Ghana Music Awards(VGMA) has revealed its intentions to lift the ban they placed on Stonebwoy, and Shatta Wale ahead of the 2021 edition of the show.

The two caused a scene at the 2019 VGMA after there was some kind of disagreement between the Bhim Nation and members of the Shatta Movement, where Stonebwoy reportedly pulled a gun on stage.

The Management of the VGMA placed an indefinite ban on the two ending their participation in any of their awards schemes.

Well, speaking on Hitz FM with Andy Dosty, the PRO of Charterhouse, the show organizers, Robert Klah revealed that board intends to lift the ban placed on both artistes.

“It was in principle decided that the ban should be lifted,” he said.

He further said that the board is yet to meet the management of the two musicians to come into a clear understanding of certain happenings to avoid future altercations.

“There is a reason why this altercation happened and you want to be sure that they don’t resurface. You want to have that kind of conversation to understand and agree on how things should move,” he added.

Mr. Klah finally stated that the two artistes will be given the chance to submit their entries if just in case they are not able to meet them before the deadline of submission.