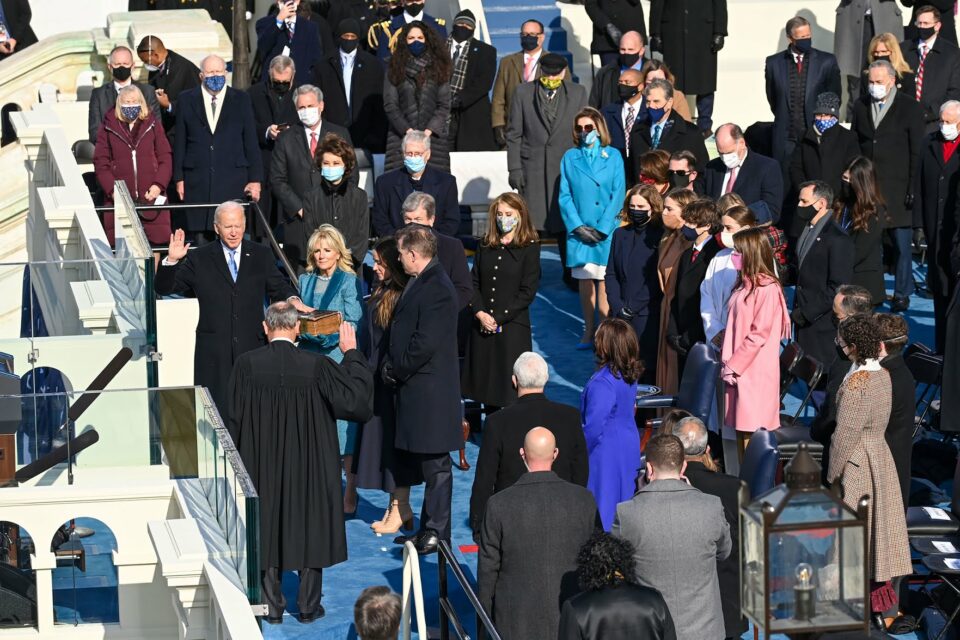 Joe Biden been sworn in as 46th President of USA

Joe Biden has been sworn in as the 46th President of the United States of America alongside Vice President Kamala Harris. today Wednesday, January 20, 2021.

People all over the world also watched from home as Chief Justice John Roberts administered the oath of office to Biden on the steps outside the West Front of the US Capitol and Kamala Harris sworn in by Justice Sonia Sotomayor, the first Latina Supreme Court member.

Donald Trump, who never formally conceded his defeat, left the White House on Wednesday, January 20, 2021, morning and was not in attendance.

Biden, 78, is the oldest president ever to take the oath of office.

Subscribers to enjoy another season of Glo ...