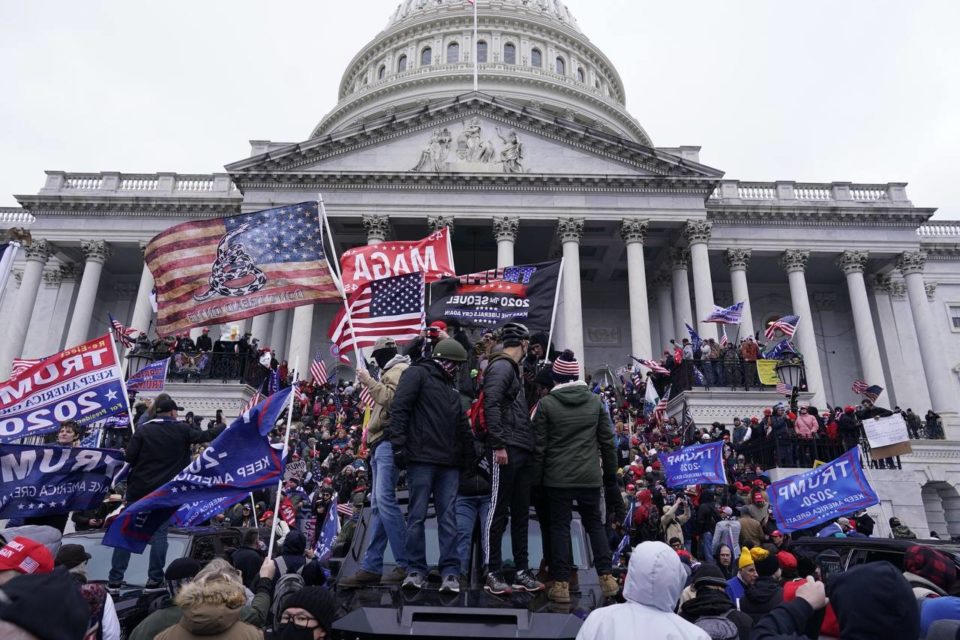 Large crowds of pro-Trump protesters stormed the U.S. Capitol on Wednesday in a chaotic protest aimed at thwarting a peaceful transfer of power, forcing lawmakers to be rushed from the building and interrupting challenges to Joe Biden’s Electoral College victory.

As the protests escalated, Trump first tweeted more criticism of his vice president, Mike Pence, who was presiding over the congressional vote tally, then later urged his supporters to “Stay peaceful!” a request that did not seem to be heeded.

It was reported one protester made it into the Senate chamber and shouted “Trump won that election” from the dais, and one person was shot at the Capitol amid the pro-Trump protest

America is so much better than what we’re seeing today.

Here is central contradiction of @realDonaldTrump tweet. He says America is a country of law and order. The election result has been challenged. 62 times in the courts. And no fraud was found. To be a country of laws surely means accepting the verdict of judges who administer it

Sure, it dragged in the middle, but the United States of America seems to be having a compelling season finale

If you’re unaware of the absolute clusterfuck happening in America right now, our dipshit “patriots” broke onto federal property and their dipshit orange leader praised them. Not even sure what resources I can share to help in this situation, so if you’ve got some, share below.

Arrest Trump. Now. His latest remarks are a confession of treason. #CoupAttempt #SeditionHasConsequences

Every American has the right to peacefully protest.

But storming the US Capitol and attacking the brave men and women of the Capitol police force is wrong.

This is not who we are. pic.twitter.com/sRUMJleIEn

This was the US Capitol during the BLM protests and this is it today. pic.twitter.com/BhpZd6pw8e

An embarrassment in the eyes of the world and total sadness for our country. Wake up America. https://t.co/zWviZStoes

I saw more arrests during protests in Minneapolis this summer than I have watching people storm the US Capitol.

I believe the Republican members of Congress who have incited this domestic terror attack through their attempts to overturn the election must face consequences. They have broken their sacred Oath of Office.

I will be introducing a resolution calling for their expulsion. pic.twitter.com/JMTlQ4IfnR

Great. Then tell your Daddy to knock this shit off. You all look so ridiculous at the highest level. It WON'T WORK. YOU LOST. PERIOD! It appears the delusional cultish mindset is running rampant. IT WON'T CHANGE A THING! what was stolen is the PEACE of America These Last 4 Years https://t.co/e5eRsnFAtT

We are shot while sleeping #BreonnaTaylor We are shot while jogging #AhmaudArbery We are shot while playing #TamirRice & the list goes on BUT the fact that this man made it all the way to the #USCapitol without being shot or killed is the true definition of #whiteprivilege. pic.twitter.com/odeunSRBJ4