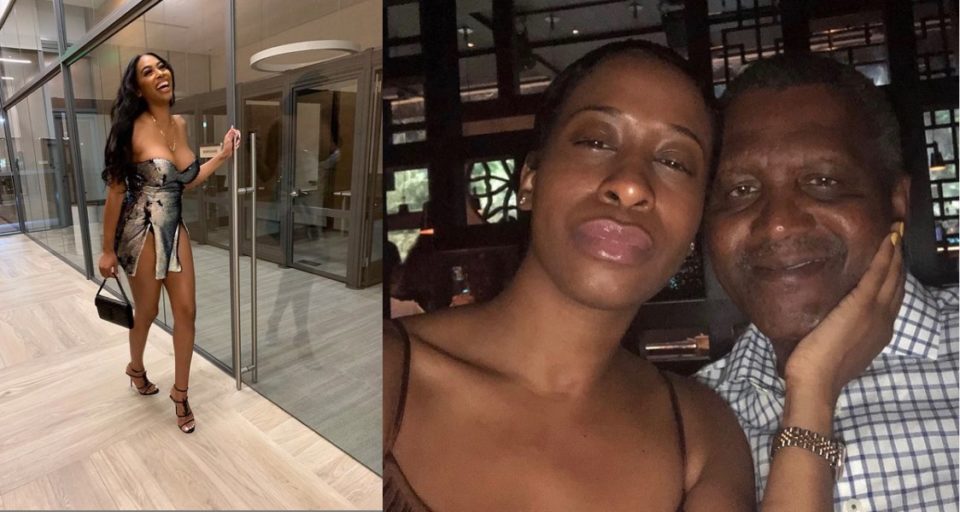 The richest black man has been married up to three times now. Supposedly, his first wife, Zainab, was a family friend reported to have been chosen for him when he was just 20-years-old back in 1977.

He married her and they were together for a long time unfortunately, the marriage did not seem to be working so the business mogul filed for a divorce.

Subsequently, Aliko allegedly fell in love with the late president Umaru Musa Yar’adua’s daughter, Nafisat Yar’adua who was alleged to have declined his marriage proposal because she was friends with his daughter at the time.

Dangote later got married to Mariya A D Muhammad Rufai, the daughter of the Commissioner for Women Affairs and Human Services in Bauchi state. However, the marriage collapsed and ended in a divorce as well.

Mariya A D Muhammad Rufai is the mother of the beautiful Fatima Dangote.

No one knows if the wealthy businessman is married to anyone at the moment, although there were rumors that he got married to ex-beauty queen, Sylvia Nduka who was said to have been cruising around in his private jet, and even added his name to hers at some point.

However, there are still uncertainties around Aliko Dangote’s relationship status presently.