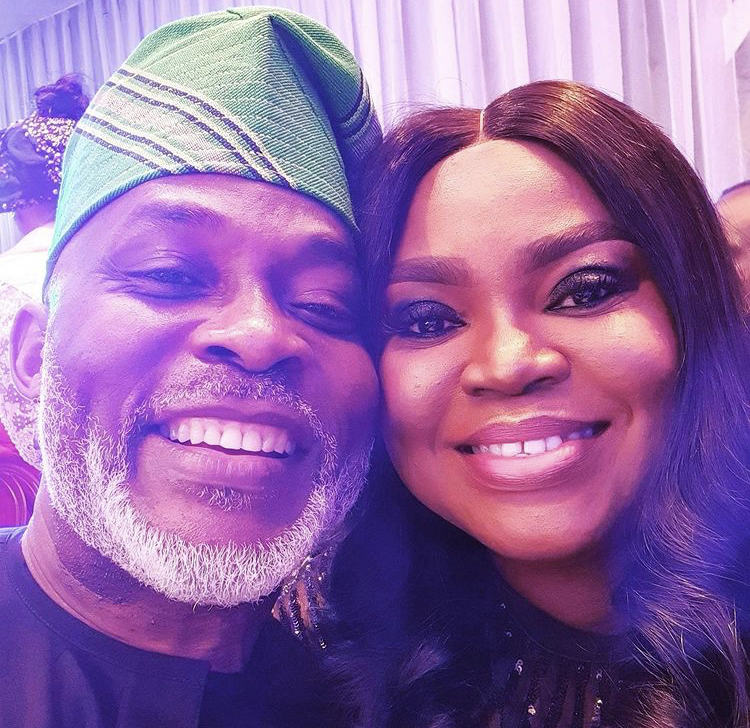 Richard Mofe Damijo simply called RMD posted a loved-up photo of himself and Jumobi on his Instagram, and expressed his deepest gratitude to God for being the captain of their ship in their long years of marriage.

“It’s our 20 years anniversary! Hmmmm, Like they say, 20years nor be beans o! At the centre of it all, it has just been God. Thankful. Grateful. Blessed. Graced!”