Singer Tems Refuses To Eat While In Police Custody In Uganda 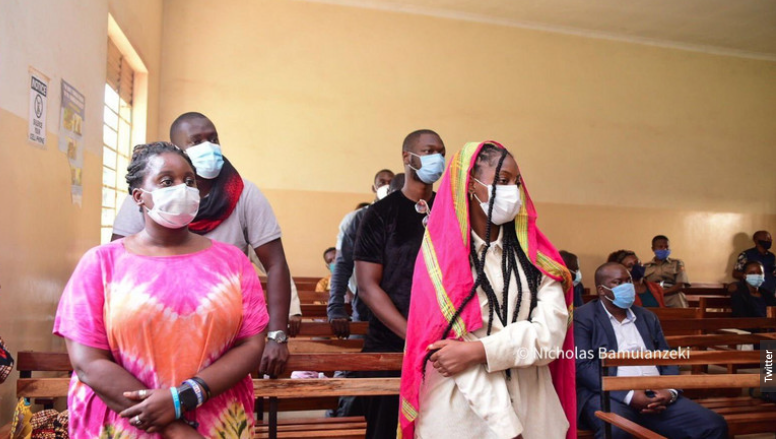 Tems Appearing Before a Judge After Arrest in Uganda (Source: Twitter/Nicholas Bamulazeki)

Nigerian singer Tems has refused any food while in police custody in Uganda and has insisted she will be on a fast until she is released.

Tems and Nigerian singer Omah Lay have been in police custody in Uganda since Sunday, December 13, 2020, after they were arrested for performing at an ‘unauthorised concert’ and disobeying COVID-19 protocols.

While in custody, Tems has decided to not eat any food offered to her. People on social media are saying she is scared of being poisoned.

“I don’t want to eat unless you strap me to a chair and force food down my throat,” the singer is heard telling an Ugandaian official in a video that emerged online.

Tems is on hunger strike, she hasn't eaten for the past 48 hours.

Uganda, nothing should happen to Omah Lay and Tems #FreeTems#FreeOmahLay

Meanwhile, the Federal Government of Nigeria says it is doing everything within its reach to secure the release of Omah Lay and Tems from detention in Uganda.

Commenting on the issue in a series of tweets on Monday, Abike Dabiri-Erewa, the chairman of the Nigerians in Diaspora Commission (NIDCOM), said efforts are already ongoing to ensure they regain freedom.

“It has just been brought to our attention. We are doing everything possible to get it all sorted #FreeOmahLay,” she wrote.