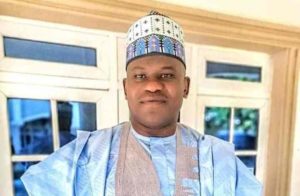 Bashir Bape a lawmaker representing Nguroje constituency in the Taraba State House of Assembly has been abducted by gunmen.

According to reports Mr Bape was abducted on  the night of Tuesday 8 December 2020 in his home in Jalingo. According to reports the gunmen came in numbers and overpowered the vigilantes at Mr Bape’s residence, they took him away and fired shots in the air to scare people off.

Although the state police spokesperson was not available at the time for comment when the incident happened, as calls to his phone did not go through.

Witnesses however said, the gunmen flooded the area in a convoy of motorcycles and they siezed all cellphones belonging to people in the compound.

No Religious Freedom Violation In Nigeria – ...