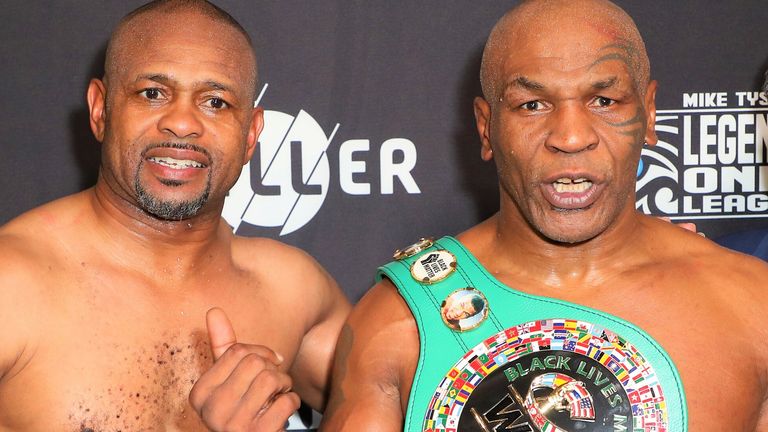 The 54-year-old former world heavyweight champion ended 15 years of inactivity to take on 51-year-old Jones in a high-profile pay-per-view ‘exhibition’ that ended in a draw a Draw. The veteran pair performed admirably in the Los Angeles’ Staples Center as judges scored them to a tie, before they both vowed to step into the ring again.

Rap artist Snoop Dogg said it was like watching “two of my uncles fighting at a barbecue” during his stint as a ringside commentator, former world champions including David Haye, Lennox Lewis and George Foreman expressed satisfaction.

Mike Tyson says he will ‘absolutely’ have more boxing fights after he drew his comeback against Roy Jones Jr.

Speaking after the 16-minute scrap Tyson, 54 said: “I’m just happy I got this under my belt.

“I’m continuing to go further and do more. Absolutely [I’ll do this again].”