‘Challenge Us So We Can Sit Up, Stop Giving Us Awards’ – Gov Wike Tells Journalists To Assume Their Roles And Speak Out 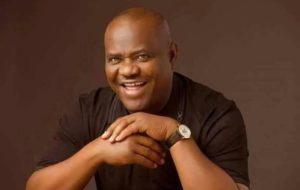 The Governor of Rivers State, Nyesom Wike has thrown down a gauntlet to journalists to question people in authority about their duties and not just give them awards and gifts because of friendship.

This comes after National Leadership of the Nigeria Guild of Editors (NGE) visited him at the Government house in Port Harcourt.

“What I have seen of you is that you praise us and give us award because of relationship or friendship. That’s not the way it should be. Challenge us — the people in authority — and we will sit up to our responsibilities. We will have no choice than to perform and serve the people as it should be. My support for you has to do with the fact that you are supposed to tell the truth of what is happening in Nigeria.

“There was a time you were exposing the ills of society. If not for you, certain things will not be known. Assume your role, grow strong again and speak out.”

Here is what he said about #EndSARS protest:

“If when I castigated the operations of SARS you added your voice, who knows what good that would have achieved.

“Now look at what has happened. There was EndSARS protest across the country. Nobody knows how the youth were able to organise themselves without a leader.

“Up until now, intelligence can’t even know how they did it and who’s behind them. Without good intelligence, how can Nigeria even defeat Boko Haram?”