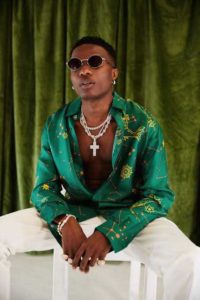 Multiple award-winning singer, Wizkid has disclosed how he broke many relationships by turning down many collaboration offers while working on that “Made In Lagos” album.

According to him the album body of work has been three years coming and he’s very excited that he’s finally putting it out for the fans to consume.

He made this known in an interview with D boy Dayo and Marsour Bellow indicating that the album is self-explanatory and it’s all about where’s he’s from, represent, breath, and many more.

He emphasized that he can’t run away from where he was made and he loves that place so he’s doing Music about it for people to know where he’s coming from.

The Nigerian singer noted that he just wants to tell a dope story about the Lagos because there are so many things and people there who are talented and genuinely making music, art, and the same as the Made in Lagos album.

He continued with how he treated the collaborations and stated that he feels bad because he broke a lot of relationships with the album because it’s just music and nothing personal.

Wizkid stressed that he hates hype artists so when he works with an artiste despite being dope he tells them it’s not going to be on the album but the next one because he wasn’t the one picking the songs.

I HAD to turn down collabs for MADE IN LAGOS! Having NOTHING to prove! | Sit down with WIZKID