FG Reiterates That Nigeria’s 60th Anniversary Will Be Celebrated Lowkey

The Federal Government has confirmed that the nation’s 60th independence anniversary will be celebrated lowkey. 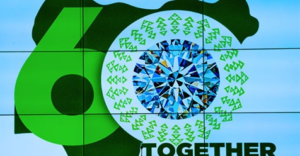 This was reiterated by Lai Mohammed, Minister of Information and Culture who said, “The 60th independence anniversary celebration will be low-key just as the President has already announced. This is not unconnected from the global COVID-19 pandemic which has forced some safety protocols on nations around the world.”

The Minister also said that the independence celebration will last for a period of one year and end September 31, 2021. He explained that this doesn’t mean there will be daily activities between now and September 31 but there will be staggered events within the one-year period to commemorate Nigeria’s diamond jubilee anniversary.

In response to some schools of thought who believe that there is no reason to celebrate Nigeria at sixty, he said that the answer to the school of thought lies in the theme for the celebration, which emphasises togetherness.