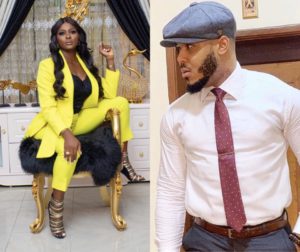 Yesterday, BBNaija housemate Ozowas dragged on social media after Nengi refused to kiss him goodbye when he was evicted from the show.

Ex-housemate Ka3na reacting to that, mocked Ozo calling him a dum dum saying she’s shocked that he has become a dum dum like that.

According to her, Ozo seems to know all this while that he has become a dum dum based on his relationship with Nengi in the house. 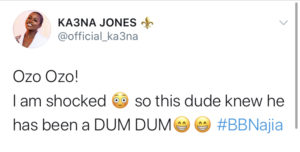