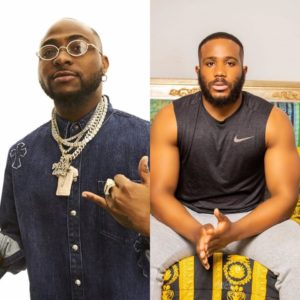 Davido has replied to the tweet of former Big Brother Naija Housemate Kiddwaya after he reacted to his new track FEM.

Davido set social media ablaze a week ago after he released his single titled “FEM”. The song caused mixed reactions on social media after fans of Wizkid and Davido clashed because of the song. In less than 24 hours, the song hit a million views on YouTube. The song is currently trending on YouTube with over five million views.

Reacting to the song, Kiddwaya took to Twitter to post the artwork of FEM and captioned it “Yooo @Davido this song is fire”. Replying to him, Davido retweeted and wrote “Bro!!! Congrats on every!! Long time no see! Link-up” 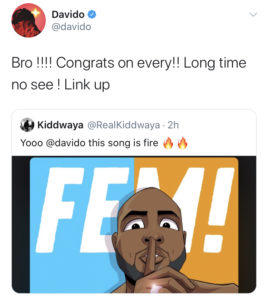