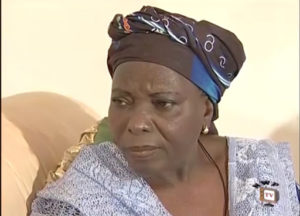 It has been reported that she passed on after she collapsed in her car at St Mulumbas Catholic Church, New heaven, Enugu on September 13th, 2020.

The actress after collapsing was quickly rushed to the hospital but was pronounced dead on arrival by the doctors. Her corpse has been deposited in the hospital morgue for autopsy.

President Buhari Says Nigeria Is The Most ...