One of the veteran comedians based in Rivers State, Mike Ogbolosingha is dead. Before his death, Mike had switched into politics and had been elected a Chairman of a Yenogoa Local Government. He was also survived by his wife, Chime Ogbolosingha and children. 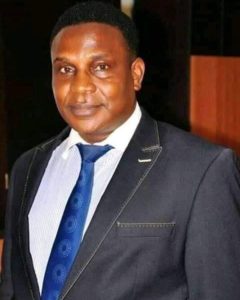 His colleague in the entertainment industry, Julius Agwu announced Mike Ogbolosingha’s death on his Instagram page. Julius wrote, ” Hmmm ?? it is very VERY PAINFUL ? That you are gone so soon ???Go & #RESTinPEACE ? #MichaelOGBOLOSINGHA ?????????? May GOD be with you ?? #Crabite ? #TheatreArtiste ? #MyClassmate??? #CFR ?”