Barcelona superstar, Lionel Messi has become the second footballer to earn $1 billion, topping the Forbes Rich List this year. Cristiano Ronaldo, instead, makes the second place this year with an earning around £91 million, while Lionel Messi would earn £98 million this year. 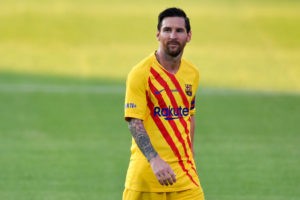 Apart from being a football superstar in the Barcelona Football Club, Lionel Messi is also the face of Adidas and has multi-year contracts with Pepsi and the video game publisher, Konami. These deals and contracts have also facilitated Messi’s rise on the Forbes Rich List

See the top ten below: