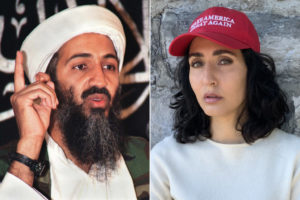 She said this during an interview with the New York Post and also mentioned that the only person who can prevent another terrorist attack similar to 9/11 is Donald Trump.

She further explained, “ISIS proliferated under the Obama/Biden administration, leading to them coming to Europe. Trump has shown he protects America and us by extension from foreign threats by obliterating terrorists at the root and before they get a chance to strike.”

Nigerians React To Erica’s Anger In the ...