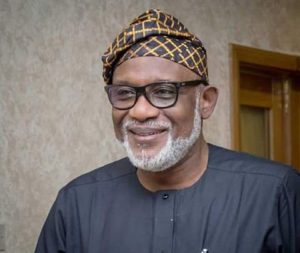 This was announced by Mai Mala Buni, the National Caretaker Chairman of the All Progressives Congress during the presentation of the candidate to the president today, 4th September, 2020 at the State House in Abuja.

Mai Mala Buni said, “We are here today to present our candidate to the President being the leader of the party. That has always been the practice. We cannot kickstart our campaign without his endorsement.

“APC is the only party that can win an election in Ondo not only because APC is the only party but because the Governor there has performed and the people of Ondo are seeing for themselves and have agreed that yes, he is the only man they can trust for the next four years. So, the President has endorsed him and that is what we have been looking for; his blessing, his endorsement, his encouragement and support and we have gotten that already.”