Dwayne ‘The Rock’ Johnson, in an Instagram video, has revealed that he and his family had tested positive for Coronavirus about three weeks ago. 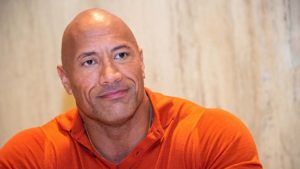 He said, ” I wanted to give you guys a little helpful update on things that have been going on on my end for the past two-and-a-half to three weeks now. So the update is this: my wife Lauren as well as my two baby girls and myself, we have all tested positive for COVID-19. I could tell you that this has been one of the most challenging and difficult things we have ever had to endure as a family, and for me, too, personally as well.”

The celebrity actor also said that testing positive for the virus is much more different than overcoming nasty injuries, being evicted or being broke, which he has faced a couple of times.

He continued to say, “I wish it was only me who tested positive, but it wasn’t, it was my entire family, so this one was a real kick in the gut.” He also said that his family is now on the other end of the illness. “But I am happy to tell you guys that we as a family are good. We’re on the other end of it, we’re on the other side. We’re no longer contagious, and we are — thank God — we are healthy. We’ve gotten through Covid-19 stronger and healthier,” he added.