BBNAIJA: Get To Know Our Top Male Housemate ‘Ozo’ For this Week. 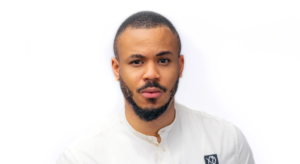 Ozoemena Chukwu, popularly know as Ozo was born in Imo State. The 27-year-old BBNaija housemate is a consultant and an entrepreneur.

Ozo is from a family of four with him being the only boy. His three sisters are well educated with two being doctors and one being a lawyer.

According to Ozo, one of his greatest achievements is to work with UEFA Federation for Europe.

Ozo aside his love for analyzing sports and watching documentaries, is also noted for managing his urban clothing line.

Since being in the Big Brother Naija house, Ozo has won the Head Of House Challenge Twice and has led the housemates to win their wager both times.

Ozo has tirelessly poured his heart out to one of his fellow housemate in the house, Nengi, which has created the Ozone hashtagwhich has quite a number of fans rooting for them.