LASU Students To Resume In Batches 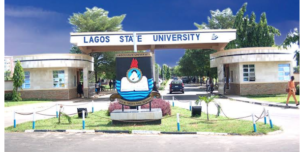 The Lagos State University has announced that its students would resume in batches.

The Vice-Chancellor of the University, Prof. Olanrewaju Fagbohun, SAN, made this known on Monday.

Lagos State Governor, Babajide Sanwo-Olu, had on Saturday announced that tertiary institutions will be allowed to open from September 14th, 2020, while primary and secondary schools may be reopened on September 21.

Fagbohun, while addressing questions during a radio programme on Eko 89.7 fm, explained that students in 400, 500 and 600 levels would resume before others.

The VC also stated that lectures would hold between 9 am and 3 pm on the university campus without giving a specific resumption date.

Fagbohun added that students in 200 and 300 levels would resume two months before the commencement of their examinations.