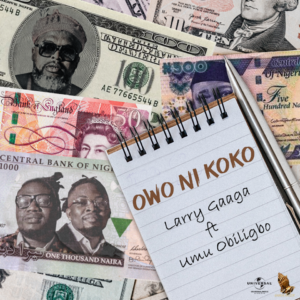 It’s that time of year again!

As Larry Gaaga celebrates his birthday, he gifts fans a new single titled “Owo Ni Koko” which features  Akunwafor Obiligbo and Okpuozor Obiligbo,  popularly known as Umu Obiligbo.  The single follows the announcement of his signing to Def Jam Africa earlier in the year.

Recorded during the lockdown, Larry Gaaga noticed that people spent all their lives proving to social media that they are wealthy but unable to maintain the lifestyle, “Owo Ni Koko” celebrates the hustler’s spirit, “Apply yourself to supply your wealth, only limitation is other material things you place heavy emphasis on.”