Professor Folasade Ogunsola has emerged as the Acting Vice-Chancellor of the University of Lagos after she polled 135 out of 167 votes in an election held by the Senate during an emergency meeting on Monday, 24th August, leaving her opponent, Prof. Ben Ogbojafor, with 31 votes. 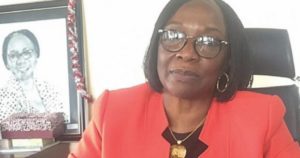 The Federal Government had earlier asked the Senate of the University of Lagos to reconvene and nominate an acting VC following the crisis between the varsity’s Pro-Chancellor and Chairman of Council, Wale Babalakin, and Vice-Chancellor, Prof. Oluwatoyin Ogundipe.

It is also interesting to note that Professor Folasade Ogunsola has become the first female to be appointed as an acting VC of the institution since UNILAG was founded in 1962.

She was also the first female provost of the College of Medicine, University of Lagos, before her appointment as UNILAG’s Acting Vice-Chancellor.