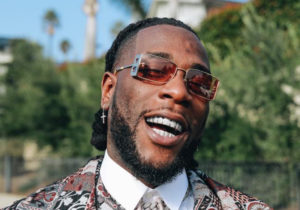 Nigerian musician Burna Boy has stated his displeasure at his albums being compared to each other.

He was made this known during an interview with Elliot Wilson on Tidal. He was asked to compare his Grammy-nominated album, African Giant to the latest one, Twice As Tall, which was released this month and already breaking streaming records.

“This is the mistake people make man. I am not a modern day artiste, I am a spiritual musician… I do not put projects together and release them so that they can be compared to each other.

I release because that is how I am feeling in that part of time in my life and me making that project and pouring it all in there, makes that time of my life immortal…”

Patoranking To Release Album On August 28