Big Brother Naija Housemate, Praise has defied a spinning head to emerge winner of this week’s Betway Arena Games. Praise, who won the first edition of the Arena Games, again succeeded in proving that he is a worthy competitor in the BBNaija house. 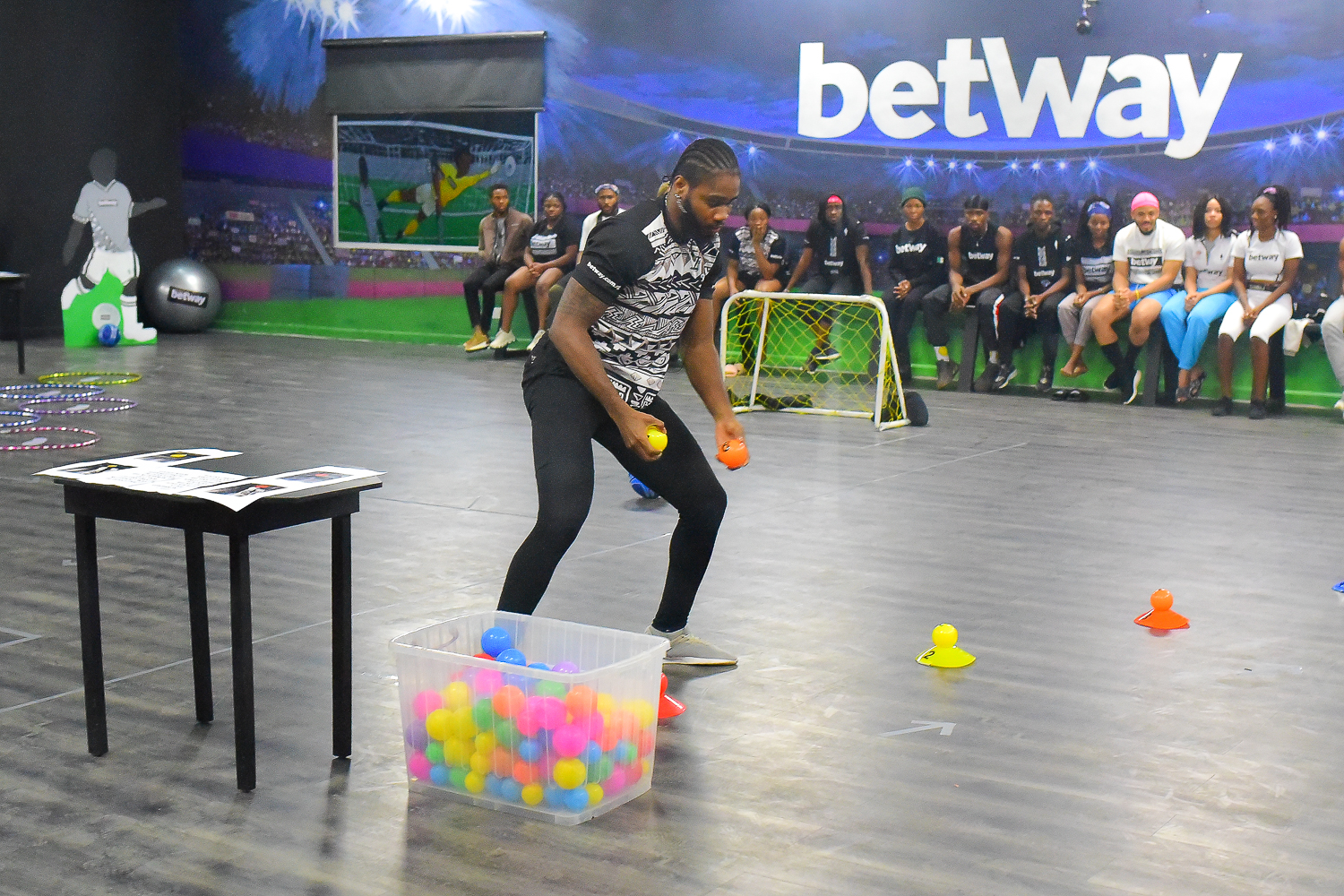 Praise’s brisk start locked in his win at the Betway Arena games for the second time and he will enjoy bragging rights and compulsory pampering from the housemates for the rest of the week. 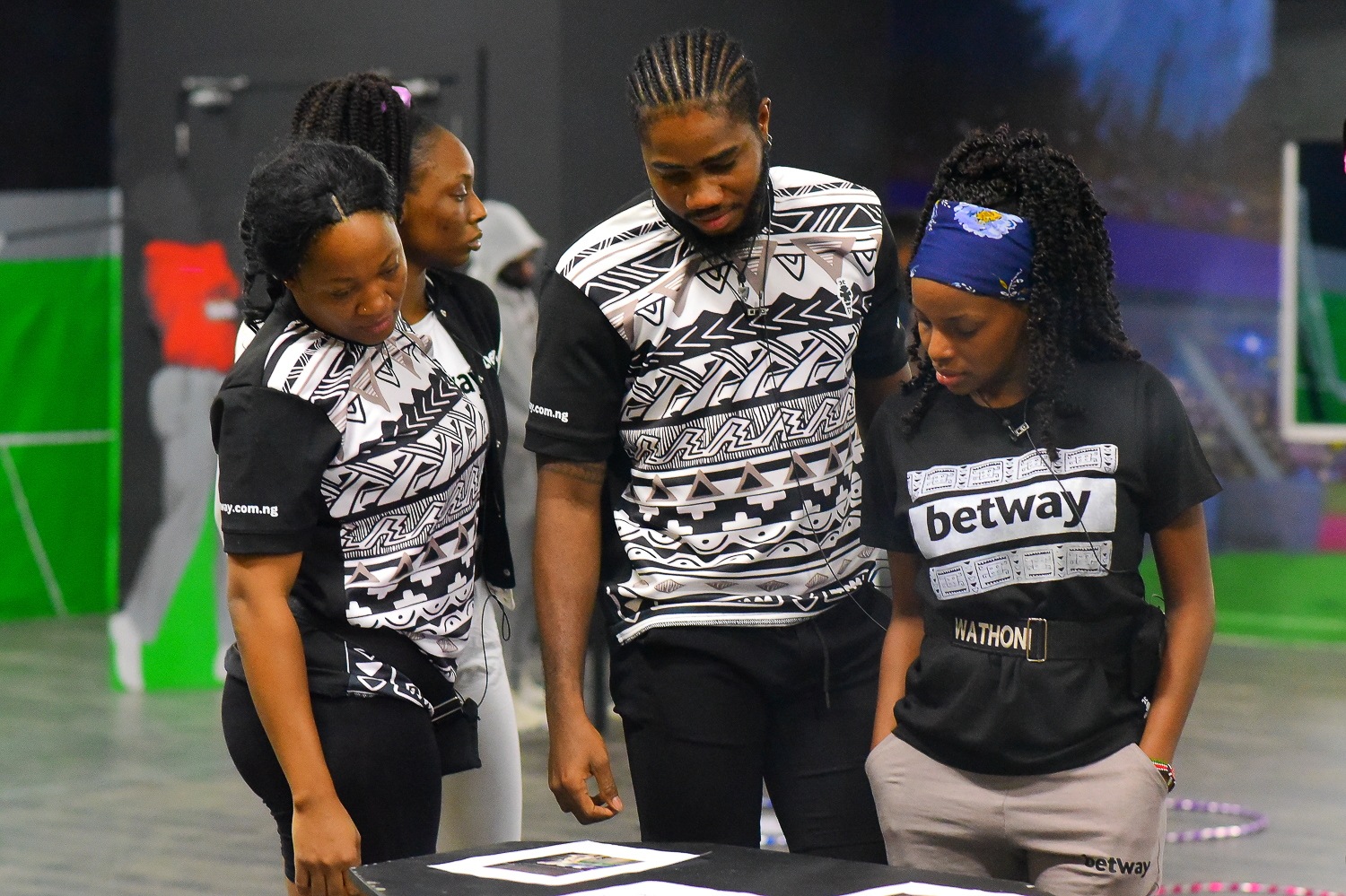 The Betway Arena games always come with perks for the housemates every Friday. Not only are the games challenging, they also have some significance. Either testing the housemates’ patience and ability to function under pressure, or like last week, celebrating the backbone of African societies, rural women. 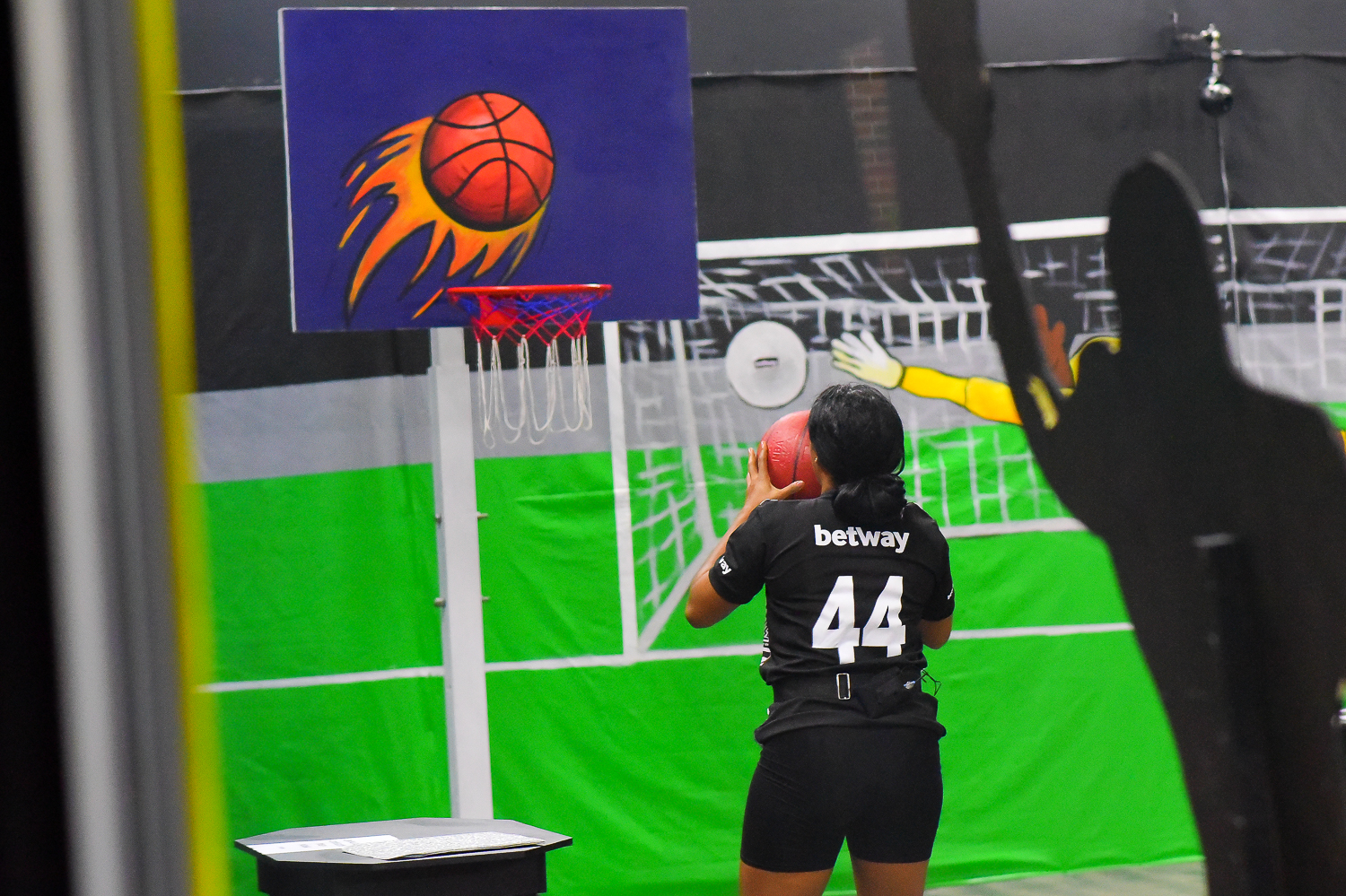 This week, the housemates were tested on their balance and coordination, as they went through a series of challenges. As usual, the arena was fitted with the objects the housemates needed to successfully complete their challenge. Hula hoops, tennis balls, cones, basketball hoop, football and a bucket load of calmness were required by the housemates to complete the five obstacle course. 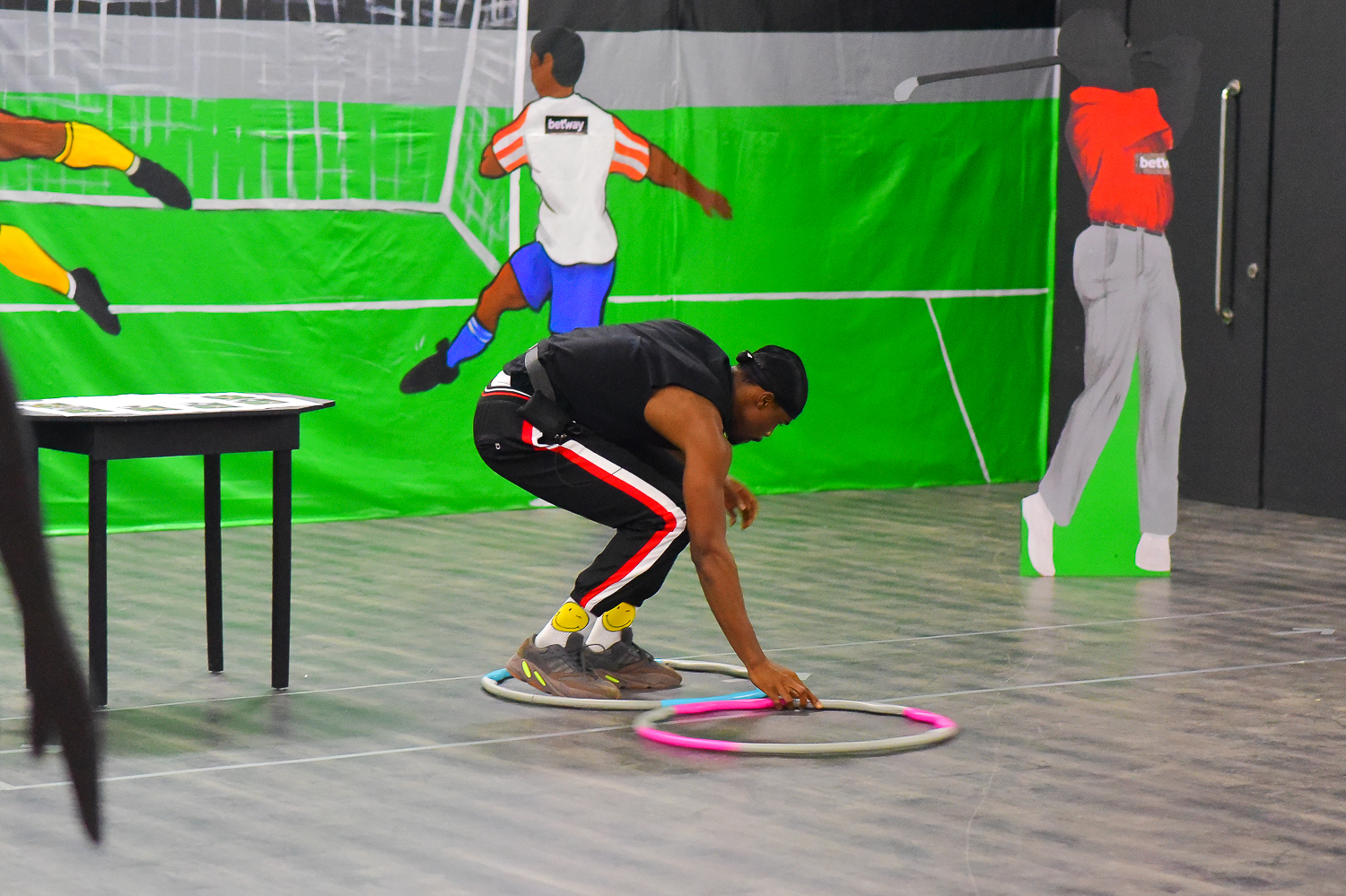 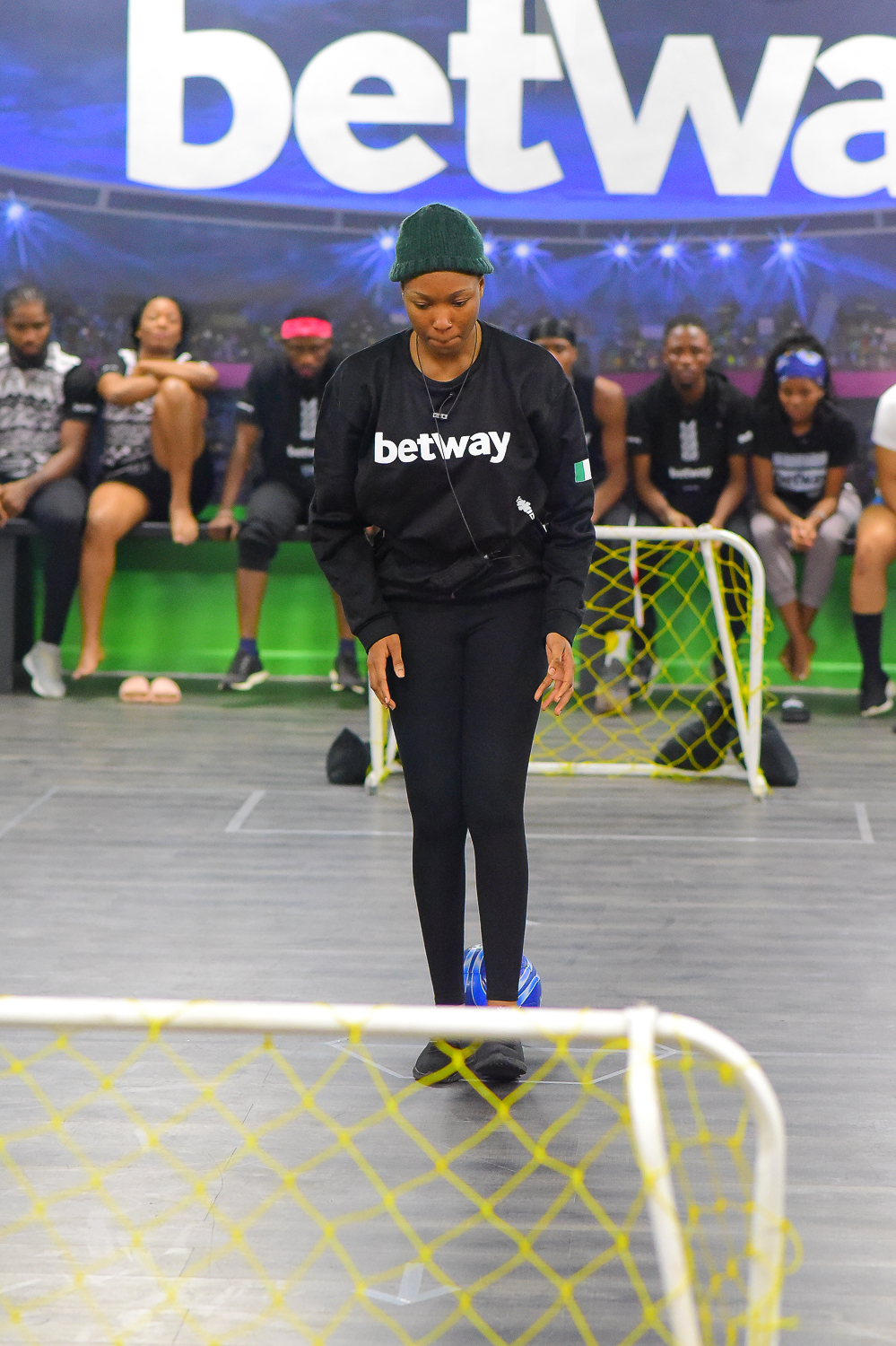 In a game of backward penalty, the housemates had to kick a ball backwards into two goal posts facing opposite directions. Still dizzy from the spin, the housemates ran through a set of hula hoops placed on the floor to get to the next obstacle. 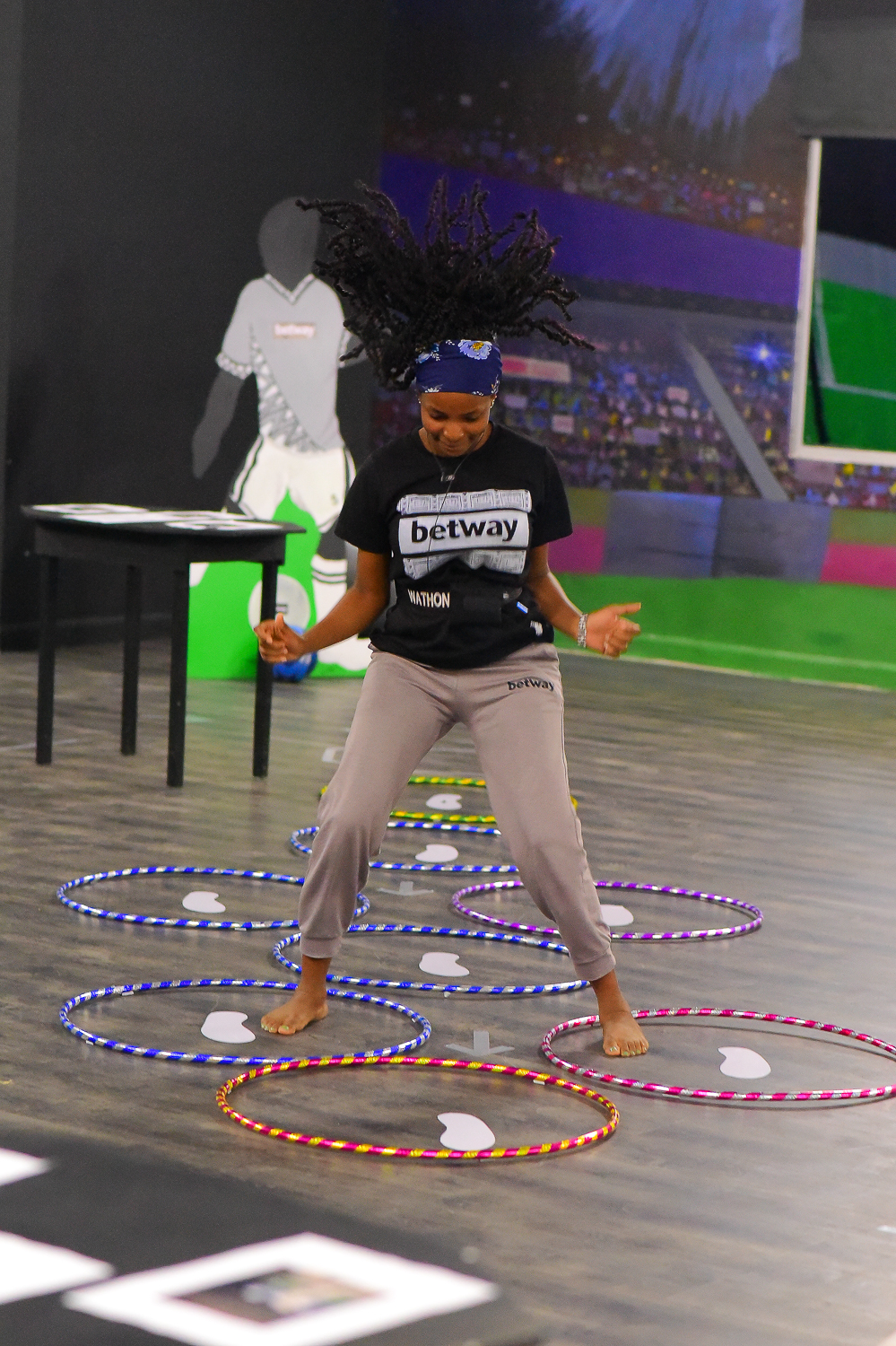 The last course involved a marathon of rearranging tennis balls in different cones. Housemates were tasked to pick up a labelled ball from a bowl and place them one after the other at the top of each cone. 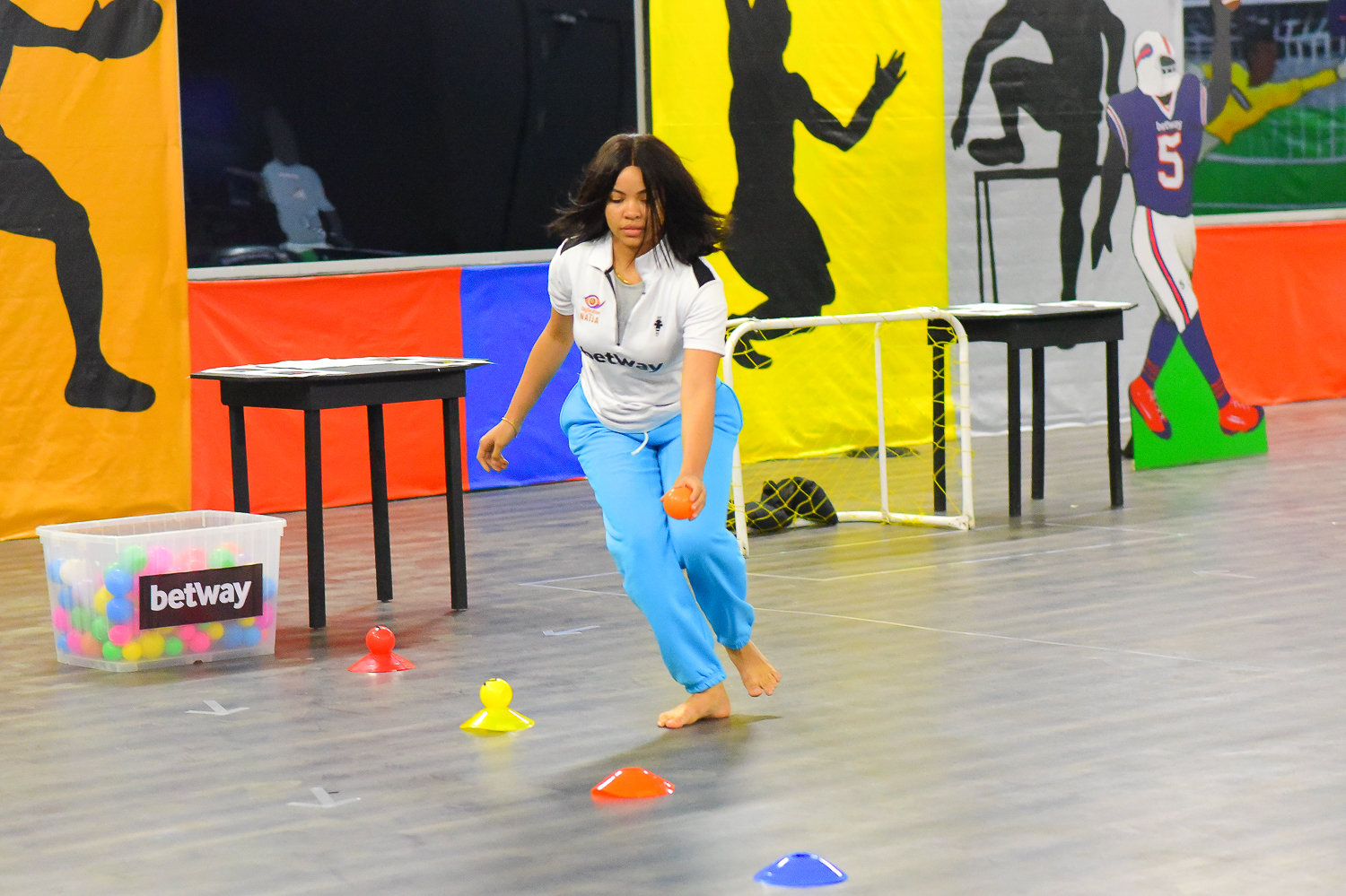 Before the Betway Arena games begin, the housemates are split into two teams and participate in a Betway trivia on sport history complete with chalk, scoreboards and questions cards at the Big Brother Garden. This week, Team White won the trivia led by Ozo, Neo and Kiddwaya. 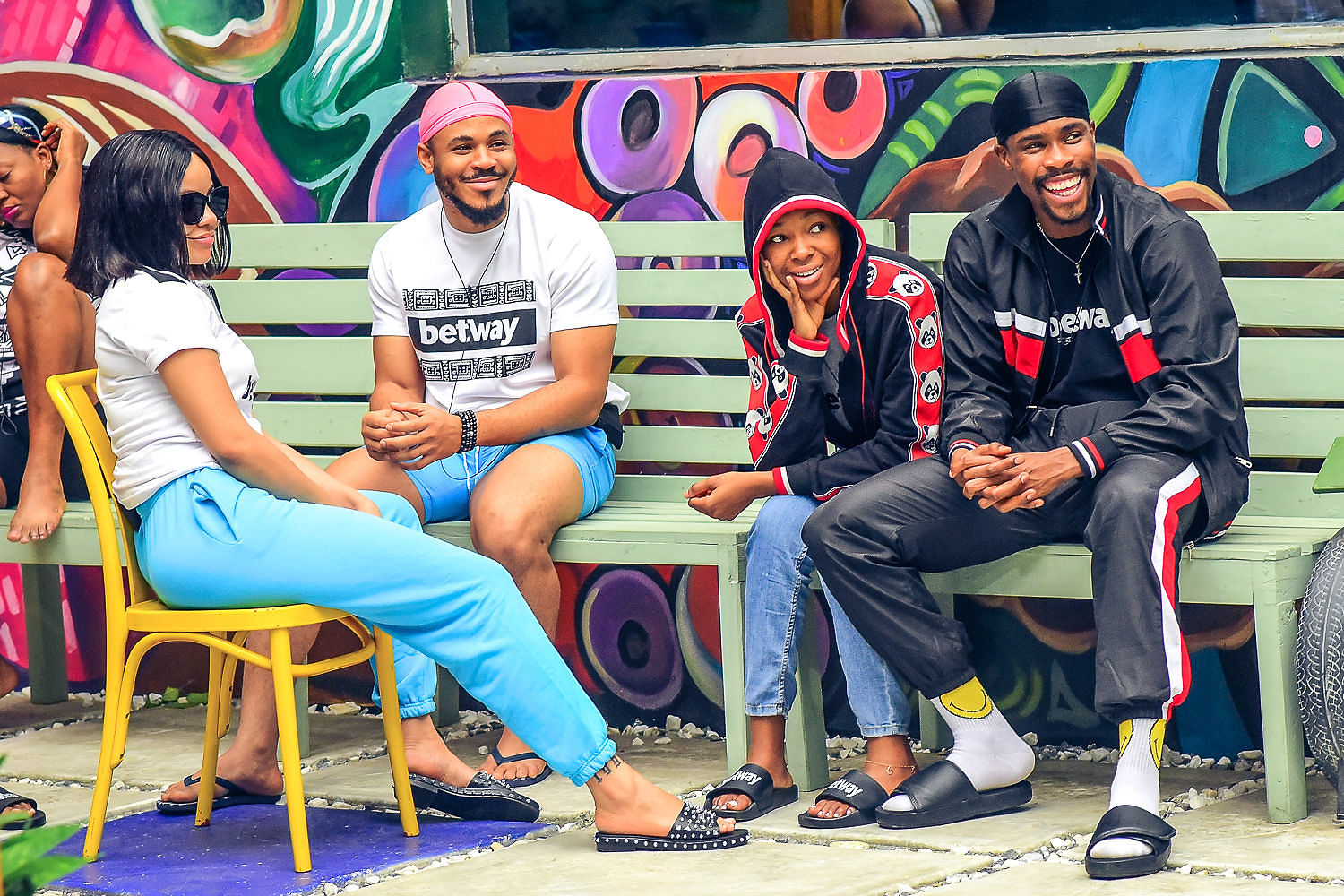 No matter how the week has been in the Big Brother House, come Friday, the housemates are always excited for the Betway trivia and Arena games. It is without doubt that these games are usually challenging and fun, pushing the housemates to their competitive edge. 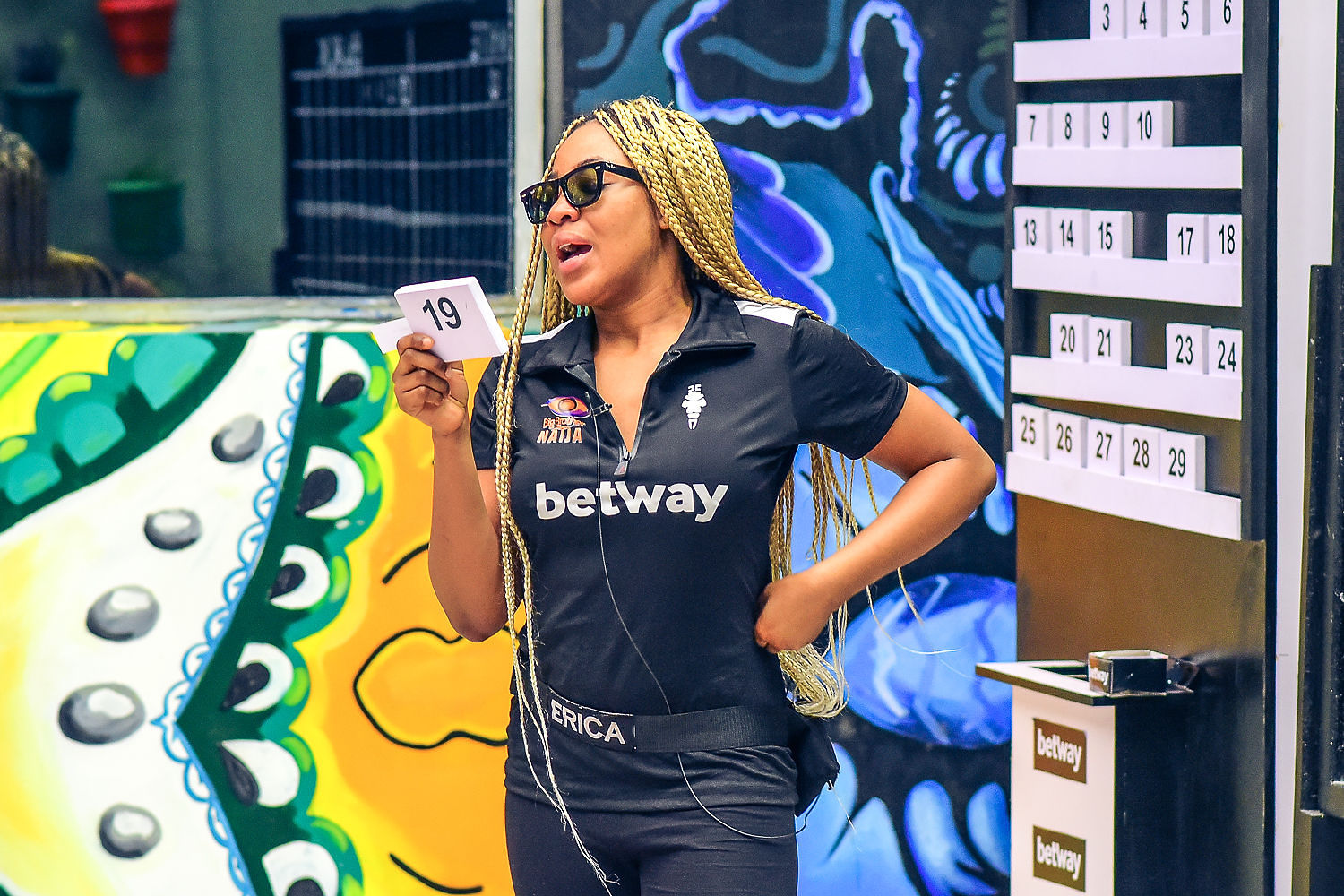 As Big Brother Naija’s headline sponsor, Betway continues to promote a spirit of competition among the housemates, as well as fans and viewers of the show. Betway will also add to the thrill of the BBNaija experience through a variety of gaming activities, both on the TV show and on Betway platforms – all of which give viewers the chance to play and win. 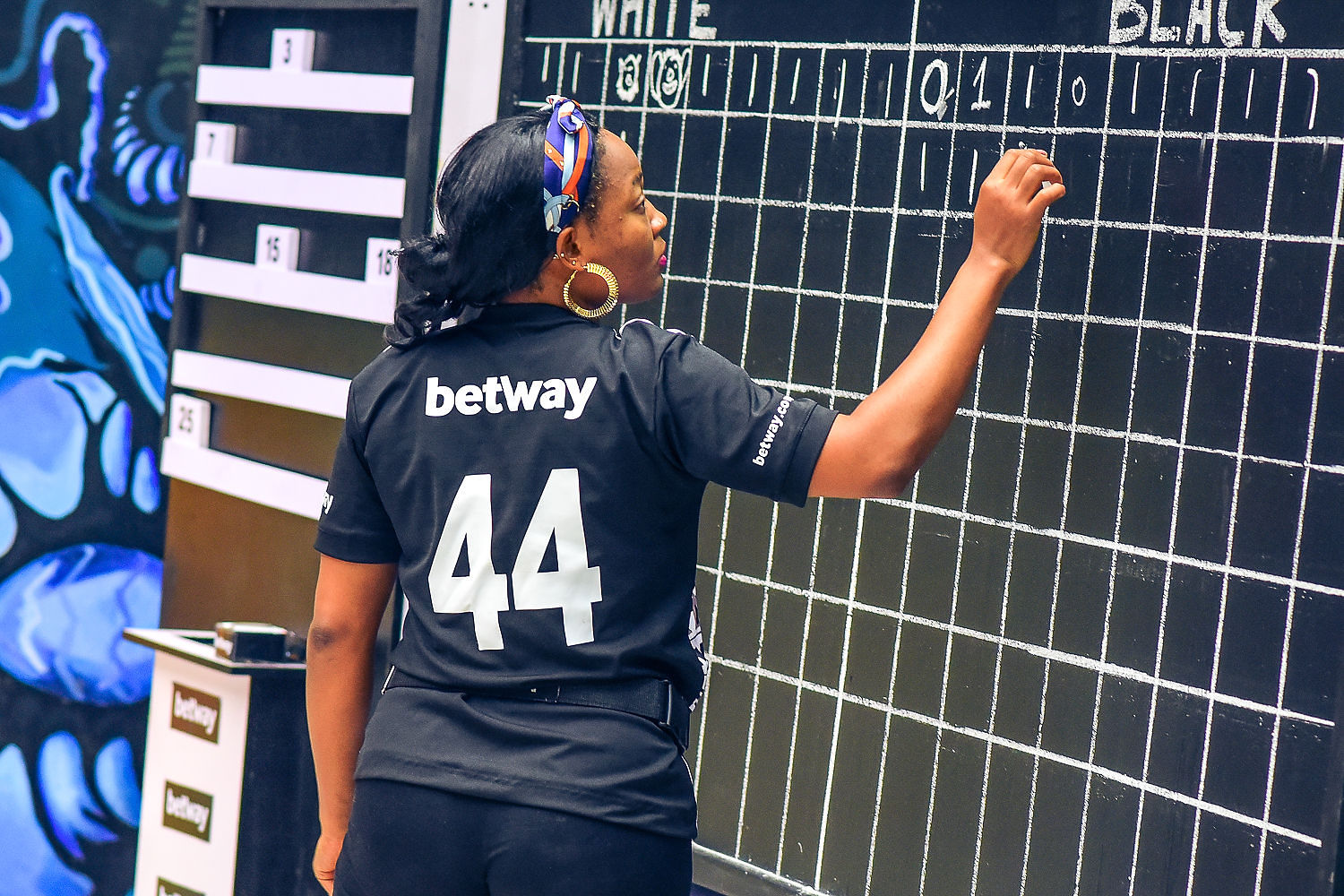 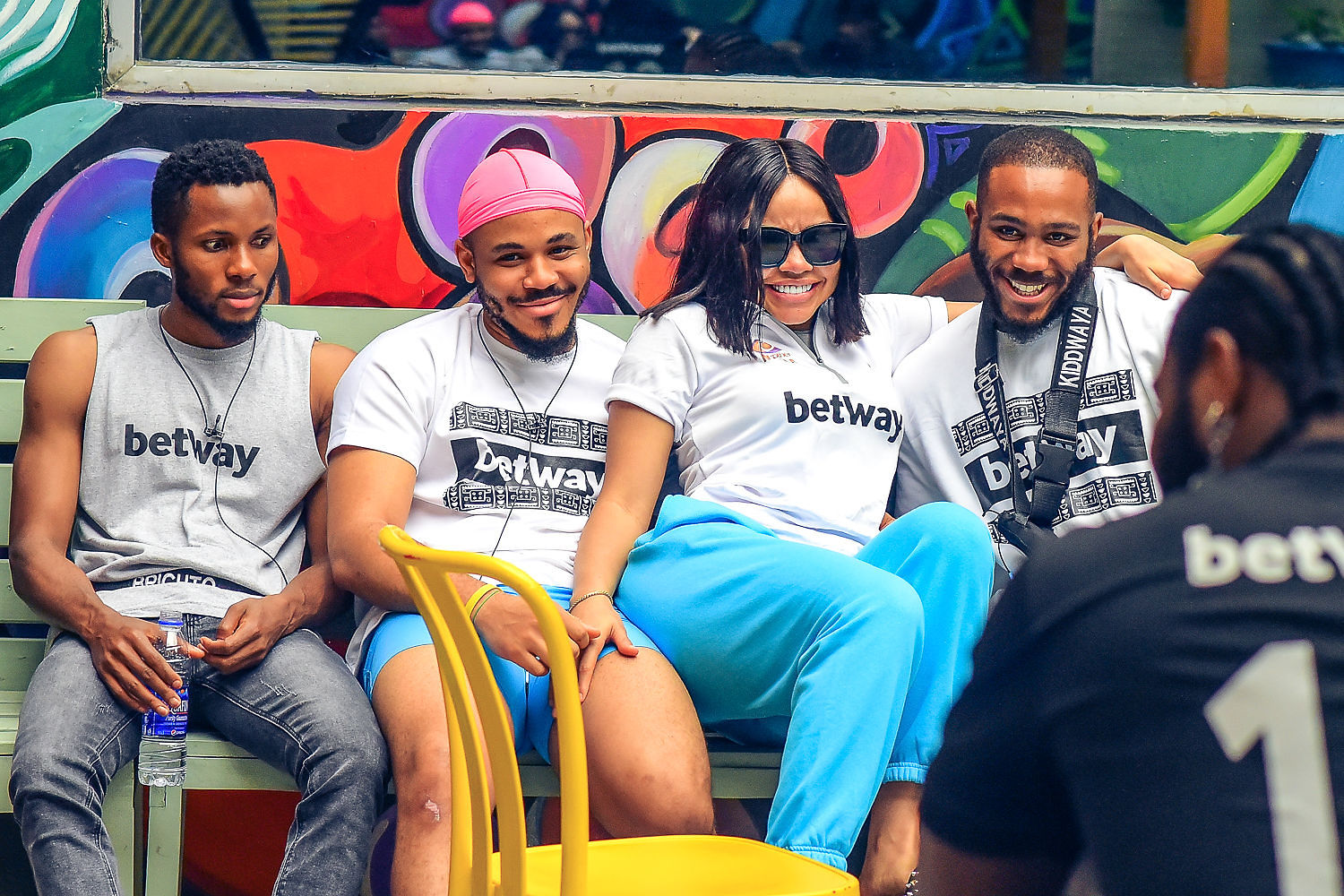 For more information on the various promotions and activations Betway will be running throughout the fifth season of BBNaija, please visit www.betway.com.ng. You can also follow Betway via their social media platforms on Facebook at www.facebook.com/BetwayNigeria/ or on Twitter at @BetwayNigeria and Instagram at @betway_ng.

These Young Nigerians Are Here To Change ...