Mali’s President and Prime Minister Arrested By The Military

There is an ongoing coup in Mali as mutinying soldiers have arrested the Mali’s President Ibrahim Boubakar Keita and Prime Minister Boubou Cisse, as confirmed by BBC.

The coup started as series of protests in Mali which called for the resignation of the President over alleged corruption and worsening security. The protests graduated into a mutiny at the Kati military base about 9 miles outside of Bamako. Soldiers have also arrested a number of senior civilians and military officials. A government-owned building has also been set on fire in Bamako, the state’s capital. 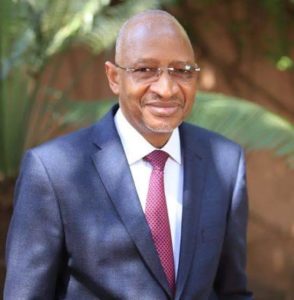 According to BBC, the mutiny has been jointly condemned by the Economic Community of West African States (ECOWAS), the African Union (AU) and the former colonial power, France. ECOWAS released a statement condemning the mutiny and urging the mutineers to return to the barracks. “This mutiny comes at a time when, for several months now, Ecowas has been taking initiatives and conducting mediation efforts with all the Malian parties,” the statement said. The France embassy in Bamako also posted a tweet strongly advising people to stay at home as it is ready to give orders to its troops in Mali to combat the terrorists.

Since Keita won the second term in elections in 2018, there has been a widespread anger over corruption, the mismanagement of the economy and the worsening security situation with jihadist which has resulted into a communal violence.