John Legend and his wife, Chrissy Teigen have revealed that they are expecting their third child through the music video of John Legend’s song, ‘Wild’ which also features their two kids, Luna and Miles. 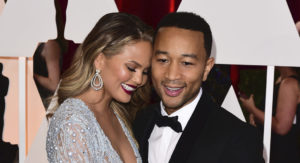 Also, Chrissy Teigen was also seen on Thursday, August 13 rubbing her growing belly. The picture shows that she was in a black blazer, top and bike shorts coupled with a black strapped heels. See the picture below: 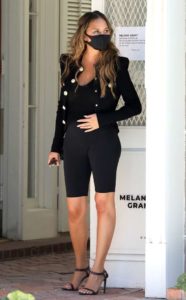