Bright Okpocha, the popular comedian known as Basketmouth, has taken to his Instagram page to announce his comedy series, ‘Papa Benji’ which would be premiering in October.

With the use of cartoons to depict his characters, Basketmouth’s new comedy series promises to be an interesting one with characters such as Nedu, Broda Shaggi, Buchi the comedian and Basketmouth himself. 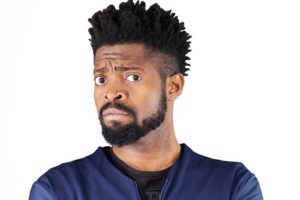 According to the voice commentary, the comedy series tells the story of an industrious Igbo man who took a loan to start his pepper soup joint which attends to many other interesting characters who come into the pepper soup joint to discuss pop culture, current affairs and other people’s business. We can’t wait for the premiere of this comedy series in October, 2020.