BBNAIJA: Get To Know Our Top Male Housemate ‘Prince’ For this Week. 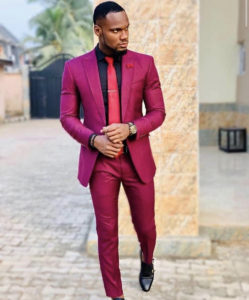 Prince is a 24-year-old model and fashion designer from Nigeria. His full name is Nelson Enwerem Prince. He won the 2018 Mr Nigeria competition and went on to represent Nigeria at the 2019 Mr World competition, held in Manila in the Philippines.

Prince calls himself a jack of all trades whose portfolio includes modelling, fashion designing and interior decoration as we can all agree to that with his skills in the BBNAIJA salon on Sundays.

He was chosen as the Deputy Head Of House in the second week in the Big Brother House By Lucy.

Prince wowed His fans last night with his great acting skills as he put on a magnificent and classic performance in their wager task by playing the role of an arrogant rich man who has no respect for authority and he nailed it.

Prince has shown his fans that he is worth standing for as he has use his time in the house so far to continually entertain viewers.

Prince is active on social media.