Five Things Everyone Can Learn From Nigeria’s Number One Influencer, Don Jazzy 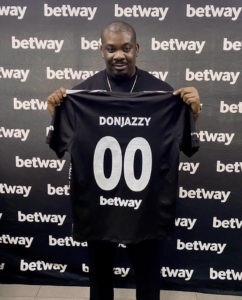 Why is Don Jazzy such a big deal with brands? And why do fans love him so much?

Within hours of announcing his new deal with Betway a few days ago, he had already amassed over 20,000 twitter likes, and over 30,000 retweets. He didn’t wait for the splash to settle before he kicked off a giveaway spree that hasn’t stopped since.

What is he getting right? And what can other influencers learn? One big fan and Twitter expert herself, Mofijesusewa Samuel attempts to answer these questions using the Betway gig as a case study.

1. Be the best at what you do: Most people will agree that Don Jazzy is the biggest producer in Nigeria. He is the greatest at what he does and everybody likes to associate with the best of the best.

2. Stay young at heart: Don Jazzy connects with his fans very easily. With dramatic skits and hilarious TikTok videos, his page is always entertaining and we know millennials and Gen Zs are all about fun. He even does a pretty good job of being a meme.

3. Take ownership: Don Jazzy is the type of person that hypes a product as if it’s his own. He is usually a loyal customer of the brands that he works for, or at least he’s mastered the act of making it look like he is, and this makes it easier to believe his advocacy for the brands..

4. Everybody likes a cheerful giver: Don Jazzy is always giving out money, so people are constantly flocking to his page, and the brands keep following them there. If you want to be a great influencer like Don Jazzy, start doing giveaways, I promise, it will work.

5. Relevance is key: Don Jazzy has been in the game since 2005 and he’s just as (if not more) relevant now than he was the first time he graced our TV screens with his walking stick. Years after a lot of his contemporaries have faded into oblivion, the music producer is still waxing strong. He is always in all the important conversations and on top of trends. No one, absolutely no one, does influencing better than Don Jazzy!

Omotola Jalade Gushes Over Her Husband After ...