Beyonce Drops trailer for Disney Plus movie Black Is King 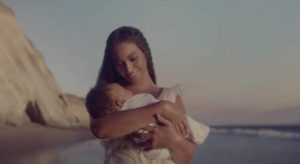 Beyoncé has surprised fans with a trailer for her new movie Black Is King, which is set to arrive on Disney Plus next month.

Inspired by her Lion King album visuals, the trailer features Beyonce, her husband Jay Z and their children Blue Ivy and twins Rumi and Sir.

The movie appear to be a celebration of blackness in the midst of the Black Lives Matter movement.

The minute-long trailer is narrated by Beyonce,  and features a group of black men huddled together before showing an African king on his golden throne.

“Black Is King,” is written, directed and executive produced by Beyoncé, and will premiere globally on Disney Plus on July 31, 2020.