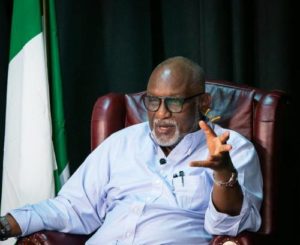 Following the defection of the Deputy Governor of Ondo state, Mr Agboola Ajayi, to the opposition party (PDP), Governor Rotimi Akeredolu  has retaliated by firing all the aides attached to his deputy. This was confirmed by Segun Ajiboye, the spokesperson to the governor who also said that the affected sacked aides should submit all government’s properties in their possession to the chief of staff.

However, just as they were fired, the Deputy-Governor himself rehired them as his personal staff.

Ondo APC Calls for the Resignation of ...